Buffy Sainte-Marie net worth: Buffy Sainte-Marie is a Canadian-American singer-songwriter, musician, composer, and visual artist who has a net worth of $3 million. Buffy Sainte-Marie was born in Qu'Appelle Valley, Saskatchewan, Canada in February 1941. Her career has been focused on issues of the Indigenous peoples of the Americas. Sainte-Marie founded the Cradleboard Teaching Project which is an educational curriculum devoted to help understand Native Americans.

She has released many studio albums starting with It's My Way! in 1964. She is a skilled songwriter who has written songs for artists such as Janis Joplin, Chet Atkins, and Taj Mahal. One of Sainte-Marie's most popular songs "Until It's Time for You to Go" has been recorded by Elvis Presley, Neil Diamond, Barbra Streisand, Roberta Flack, Cher, Bobby Drain, Arthur Fiedler and the Boston Pops Orchestra, and more. From 1975 to 1979 she appeared on the TV series Sesame Street as Buffy. She won an Academy Award, Golden Globe, and BAFTA Award for the song "Up Where We Belong" from the movie An Officer and a Gentleman. 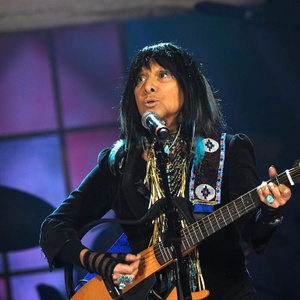