What is Bruno Mars' net worth?

Bruno Mars is an American singer-songwriter and record producer who has a net worth of $175 million. Bruno Mars, also known as Peter Gene Hernandez, has certainly done well for himself.  Born into a family of performers, he first gained attention as a pint-sized Elvis impersonator, appearing in "Honeymoon in Vegas", and performing in multiple cities.  From there, he branched out into writing and performing his own work, and subsequently relocated to Los Angeles, after graduating from high school, to pursue a music career full time.  He was not able to secure a record deal that would go anywhere, initially, but in 2004, after signing with MoTown Records, he joined two other artists on the label to form, The Smeezingtons.  The Smeezingtons would go on to write hit songs for a number of artists, including Adam Levine, Sean Kingston, Brandy, and Flo Rida.  He co-wrote and provided vocals for two hit tracks in 2009, "Nothin' On You" and "Billionaire", and suddenly, it was time for him to step out into the spotlight.  After releasing a moderately successful EP in the spring of 2010, he then released the first single from his debut studio album in July.  The single, "Just the Way You Are", was a runaway hit, reaching #1 on the charts, and earning him a Grammy for Best Male Pop Vocal.  His studio album, "Doo-Wops & Hooligans" since sold over six million copies.  Many of his singles have also reached over 10 million digital downloads, making him one of the highest selling digital artists ever.

Bruno Mars' real name is Peter Gene Hernandez, and he was born on October 8th, 1985 in Honolulu, Hawaii. Both of his parents were involved in music, and they met while performing in a show together. Bruno Mars was exposed to music from a young age, and he earned fame as a young child for being an Elvis impersonator. His entire family had a band together, and he performed as a band member two nights a week at the age of six. He also had an early cameo in "Honeymoon in Vegas" and was featured on "The Arsenio Hall Show" at a young age.

When Bruno Mars was 12, his parents divorced. His father was not a wealthy man, and he took Bruno along with his brother to live apart from the rest of the family. They often lived in impoverished conditions due to his father's low income. During this time, Mars continued to do live Elvis impersonations, and he also appeared in a band alongside his friends from high school. Mars' sister eventually played his demo reel for a producer in Los Angeles. After the producer expressed his interest in the young talent, Bruno Mars moved to Los Angeles after graduating high school to pursue a career in music. 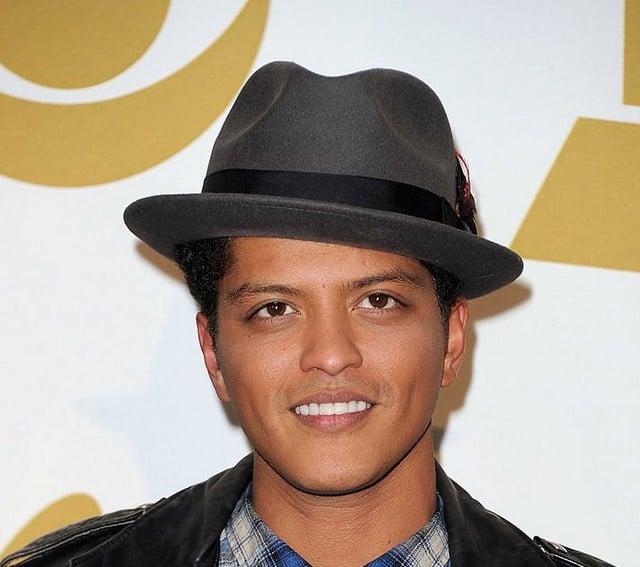 After moving to Los Angeles, Bruno Mars adopted the stage name "Bruno Mars." "Bruno" was his childhood nickname, and he added "Mars" to avoid being stereotyped as a Latin artist. Although various record labels, including Motown, expressed interest in Mars, his career quickly stalled. In order to push forward, Mars started to focus more on songwriting and producing. He experienced success writing songs for producer Brandon Creed, who used one of Mars' songs for a Latin group. During this time, Mars also produced songs for artists like Adam Levine and wrote songs for groups like the Sugababes.

2009 and 2010 were major years for Bruno Mars, and he broke through after featuring on "Nothing on You" by B.o.B. and "Billionaire" by Travie McCoy. Both of these songs reached top spots on the charts, putting Bruno Mars on the map for the first time. He later released his first EP on the heels of this success, entitled "It's Better If You Don't Understand." Later in 2010, Mars began work on his debut album, "Doo-Wops & Hooligans." The lead single, "Just the Way You Are," reached the top spot on charts all around the globe. Another single from the album, "Grenade," also reached to top spot on the US Billboard Hot 100. After the release of this successful debut album, Bruno Mars began collaborating with other high-profile artists, such as Lil Wayne and Snoop Dogg.

"Unorthodox Jukebox" was another successful album by Bruno Mars when it was released in 2012. It eventually went on to sell more than 6 million copies and featured singles such as "When I Was Your Man." From 2013 to 2014, Bruno Mars toured around the world and grossed $156.4 million in the process. In 2014, he headlined the Super Bowl halftime show, a role he would take up once again in the future. At the end of 2014, Bruno Mars was featured on another incredibly successful track, "Uptown Funk." 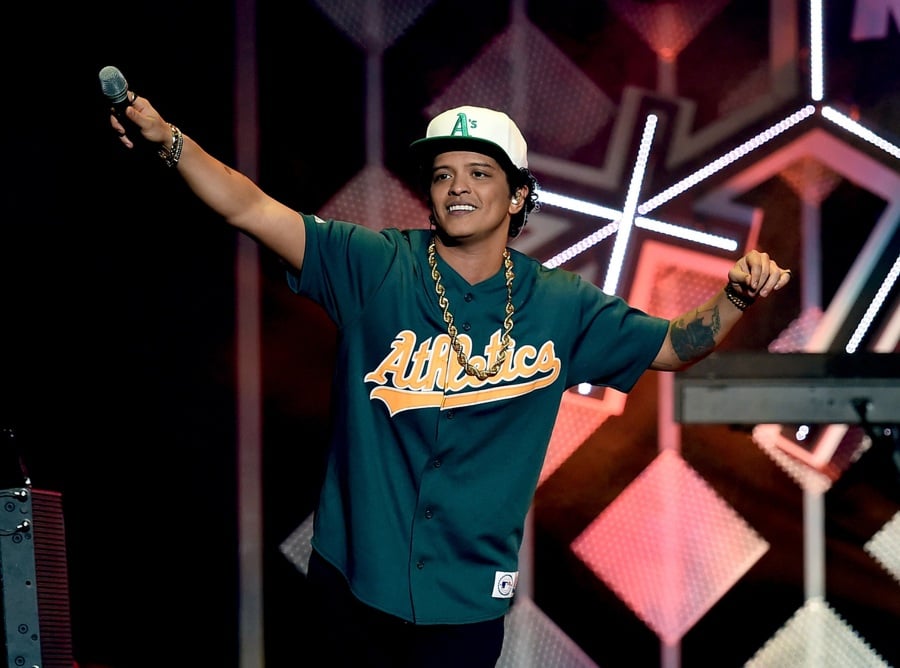 After some delays, Mars' next album, "24K Magic," was released in 2016. This album was well-received by critics and featured tracks like "That's What I Like" and "Finesse." Mars toured once again from 2017 to 2018. This time, his tour shattered all previous records, grossing over $300 million. In 2020, it was announced that Mars was working on a new album and a feature film with Disney.

Bruno Mars leans heavily on retro influences, and performs with his band, The Hooligans. Elvis Presley was a major influence on Mars – especially in regard to his persona and public image, as he spent many years impersonating the legendary rock star. He also spent time impersonating Michael Jackson as a young performer, and this legend also had a major impact on Mars – especially in regard to his vocal style. Although Bruno Mars tends to gravitate more towards R&B, he "refuses to pick a lane," and his albums are often a mixture of different genres and musical styles. 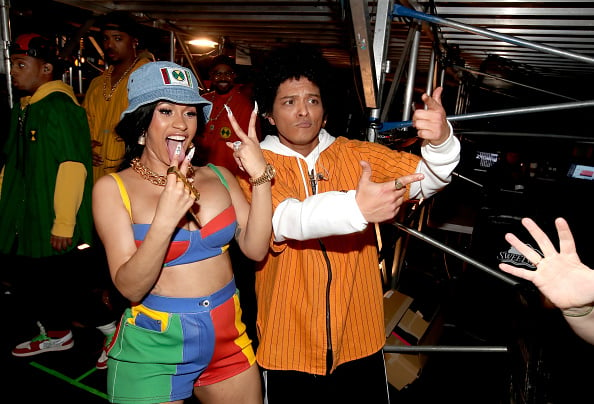 Shortly after Bruno Mars released his debut album, he was arrested in Las Vegas for possession of cocaine. He later pleaded guilty and was not charged. In return, Mars pledged to stay out of trouble for a year, pay a fine, and complete 200 hours of community service. He later stated that he regretted the incident. Bruno Mars has also been the subject of various copyright lawsuits, with many older bands and labels claiming that he is borrowing too heavily from vintage songs. "Uptown Funk" is especially notable in this regard, and a number of complaints against Mars have been made.