He formed Bruce Hornsby and the Range in 1984 and the band released four albums including their 3x Platinum debut album The Way it Is that reached #3 in the US. Hornsby has released six solo albums and five with The Noise Makers. He released one album with Ricky Skaggs and another with The Bruce Hornsby Trio. He won a Grammy Award for Best New Artist in 1987. Hornsby also won Grammy Awards in 1990 for Best Bluegrass Album and in 1994 for Best Pop Instrumental Performance. In 2015 he reunited with the Grateful Dead for their Fare Thee Well reunion shows. 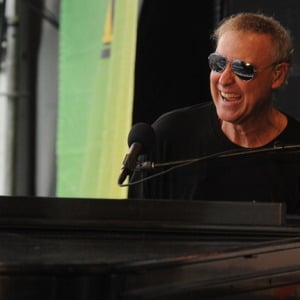