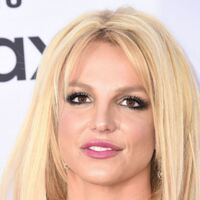 Britney Spears is an American pop singer, actress, and entertainer who has a net worth of $70 million. Britney Spears became a major figure in mainstream pop music and pop culture with her 1999 hit "Baby One More Time" and the 2000 follow up single "Ooops! I Did It Again." She is largely credited with reviving the teen pop genre during the late 1990s. To date, Britney Spears has sold over 100 million records worldwide. The Recording Industry Association of America (RIAA) lists Spears as the eighth top-selling female artist in the United States.

At the peak of her career in the early 2000s, Britney was one of the highest-paid entertainers in the world. In 2002 alone she earned $40 million from touring and record sales.

As of this writing, Britney's world tours have grossed $500 million worldwide.

Early Life And Rise to Success

Britney Spears began her performance career as a child with acting roles on stage productions and in television shows. Spears auditioned for a revival of The Mickey Mouse Club but was rejected for being too young to join the series. Spears subsequently became a client of a New York City talent agency and was eventually cast in The Mickey Mouse Club in December 1992. Her first studio album, 1999's "Baby One More Time" was a major hit, debuting at number one on the U.S. Billboard 200. The Recording Industry Association of America certified the album two-times platinum after a month. The single "Baby One More Time" sold 500,000 copies on its first day, debuting at number one on the Billboard Hot 100, and becoming the fastest-selling single ever by a female artist.

Spears' subsequent albums produced a number of well-known hits like "Oops!… I Did It Again," "I'm a Slave 4 U," "Me Against the Music," "Piece of Me," and more. Spears has also dabbled in the world of acting and landed a starring role in the 2002 film Crossroads She also starred in the reality series Britney & Kevin: Chaotic with then-husband Kevin Federline in 2005. Spears has made a number of appearances on TV shows and designed a limited edition clothing line for Candies.

In 2012, Spears was hired as a judge on The X Factor. With a salary of $15 million, she was the highest-paid judge on a singing competition series in television history at the time.

If you recall back in late 2007, Britney was struggling personally and professionally. She was constantly hounded by the paparazzi. She had been famous for more than a decade. She was a young mom. She was barely 26. She was in a fierce custody battle with ex-husband Kevin Federline. She lost custody of her sons after a judge found she was a "habitual, frequent, and continuous user of controlled substances and alcohol." She basically lost her mind for a while. She was put under a conservatorship run by her father. You'd never know it now, but back then people thought that was the end. The Pop Princess had fallen and she would never get back up. Britney surprised everyone by staging a major comeback and now she's better than ever.

In 2013, Britney signed a $30 million contract for a residency show at Planet Hollywood in Las Vegas. Under the terms of the deal, she was to perform 100 shows over two years. She renewed the contract for her "Piece of Me" show to run through 2017. Her four-year Las Vegas residency resurrected Britney's career, bank accounts, and reputation. She performed 250 shows during the run at Planet Hollywood. On December 31, 2017, Spears performed the final show of Britney: Piece of Me. Her final performance in her Las Vegas residency reportedly brought in $1.172 million, which set a new box office record for a single show in Las Vegas, and breaking the record previously held by Jennifer Lopez.

On October 18, 2018, Spears announced Britney: Domination, her second Las Vegas residency show, which was set to premiere on February 13, 2019, at Park MGM's Park Theatre. Spears was set to bring home  $507,000 per show, which would have made her the highest-paid act on the Las Vegas Strip. However, in early January 2019, she canceled the residency after her father Jamie Spears had colon rupture that almost killed him. Her team also announced that Spears was taking a hiatus from work indefinitely to spend time with her family. 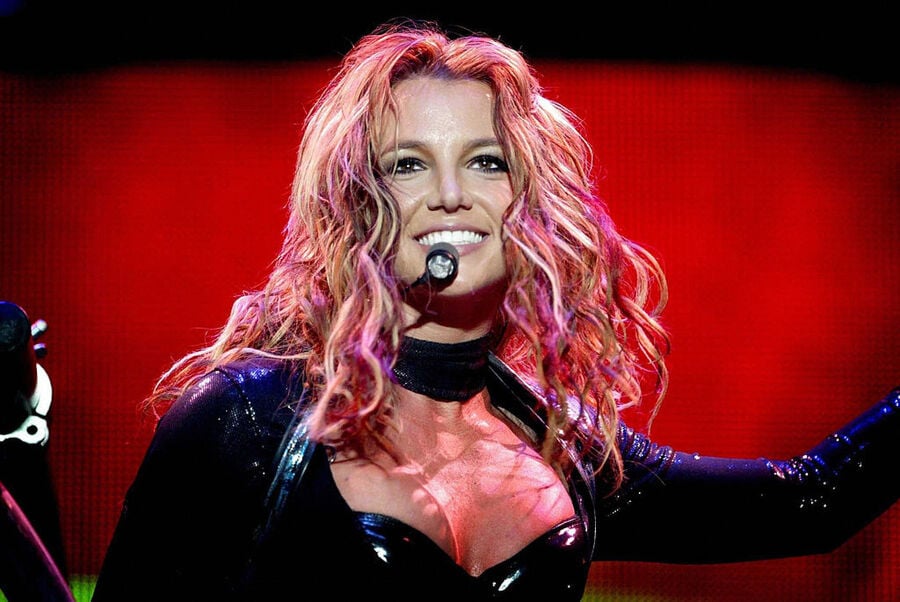 After a very public meltdown in 2008, Britney was placed under a court-ordered legal conservatorship. This put Britney's finances under the control of her father James. Through the conservatorship, James controls ever dollar in Britney's empire, from legal fees to Kevin Federline's child support.

Court documents released in mid 2014 showed that "Spears has a net worth of slightly more than $41 million, almost $7 million in cash and the rest in real estate."

A 2020 estimate placed the value of Britney's assets under conservatorship at around $60 million. 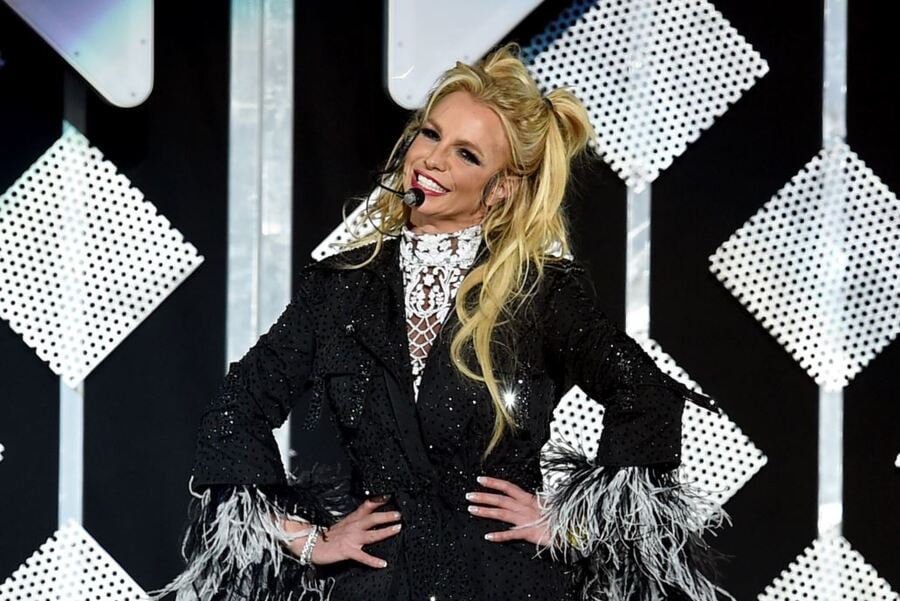 Britney Spears and Justin Timberlake dated from 1998 to 2002. Who can forget the pop superstar couple and their matching denim outfits on the red carpet of the 2001 American Music Awards?

In 2002, Britney had a brief fling with Limp Bizkit's Fred Durst. Spears was romantically linked to Colin Farrell in 2003 after attending a movie premiere with him.

In January 2004, after a night of partying in Las Vegas with her childhood friend Jason Alexander, they decided to spontaneously get married. Then, just 55 hours later, their marriage was annulled.

On October 6, 2004, Britney surprised the world once again by marrying her backup dancer Kevin Federline. They had two sons together, Sean (born 2005) and Jayden (born 2006) but ended up getting divorced in 2007. She paid Federline just $1 million when they divorced but has also agreed to pay him $20,000 per month in child support until their children are 18.

Britney finally found herself in a stable relationship in 2009 with her now-former manager, Jason Trawick. They ended up getting engaged in December 2011 but broke it off in January 2013.

After Britney and Trawick broke off their engagement, Spears began dating David Lucado. Spears caught him cheating on her in a TMZ video, leading Spears to end their relationship.

In 2016, Britney met model and much younger man Sam Asghari on the set of her "Slumber Party" music video. They have been inseparable ever since. Sam was born in 1994 in Tehran, Iran. He is 13-years-younger than Britney but seems perfect for her.

Over the years Britney has owned a number of homes around the United States, primarily in the Los Angeles area. Below is a breakdown of her most notable real estate assets:

Calabasas: In June of 2022, Britney paid $11.8 million for a new mansion in the Calabasas gated community of The Oaks. The 11,600 square-foot mansion has 7 bedrooms and 9 bathrooms. The entrance features 33-foot high ceilings. The home features a 10-seate home theater, private office, game room, 8-car garage and more. The expansive outdoor area features a large pool with a Jacuzzi and a water slide. The previous owner built the home from scratch in 2009. The previous owner initially listed the home for sale in 2012 for a little under $10 million. They re-listed it in 2021 for $15.5 million. Britney finally acquired the home in June 2022 for $11.8 million. Britney's home is just two doors up from a home that was previously owned by Khloe Kardashian and before that, Justin Bieber.

In 2015 Britney paid $7.5 million for a 21-acre property in Westlake Village. The home is located in a community called White Stallion Ranch which was developed by (and named after) Sylvester Stallone. The property features a 12,500 square-foot house, library, game room, infinity pool, pool house, tennis court, three-hole golf course and wine cellar with room for 4,000 bottles. Today this home is worth at least $10 million.

Kentwood, Louisiana: In 1999, at the age of 18 just as her star was taking off, Britney paid $29,362 for a 7.4 acre property in her hometown of Kentwood, Louisiana. She proceeded to build a 6,500 square-foot mansion which she named "Serenity." Britney's mother lives here today.

New York City: In 2000, Britney bought a condo in NYC's Greenwich Village. In 2002 she bought the building's 4-floor penthouse. Both purchases prices were not disclosed. She sold the smaller unit in 2011 for $1.5 million. She sold the penthouse in 2006 for $4 million.