Brian Molko net worth: Brian Molko is a Belgian-born musician who has a net worth of $3 million dollars. Born in Brussels, Belgium on December 10, 1972, Molko is best known for singing and playing guitar in the band Placebo. He has been active in the music industry since 1994 and primarily plays alternative rock.

His expertise is in vocals, guitar, bass, keyboards, piano, harmonica, saxophone, and percussion. He has been affiliated with record labels such as EMI, Virgin, Hut, Caroline, and currently PIAS. Molko is widely regarded for his androgynous appearance including nail polish, eyeliner, and lipstick. His notable instruments include a Fender Jaguar, Gibson SG, Fender Telecaster Thinline, Gretsch Duo Jet, Fender Cyclone, Fender Toronado, and a Gibson Les Paul Custom. He attended the European School of Luxembourg, followed by the American International School of Luxembourg, and later Goldsmiths College where he studied drama. Despite his publicly announced recreational drug use, it was stated in 2010 that the band, Placebo, had stopped using drugs altogether. Molko is openly bisexual and has one child by the name of Cody with his former partner, Helena Berg. 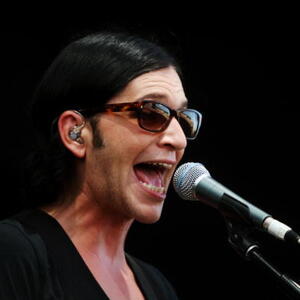