Brian McKnight net worth: Brian McKnight is an American singer, songwriter and record producer who has a net worth of $10 million. Brian McKnight is best known for his falsetto voice and wide range. He has earned numerous Grammy Award nominations over the course of his career. Additionally, McKnight has appeared on episodes of the television show "Sister, Sister," and showed up in the 2009 comedy film "Black Dynamite."

His self-titled 1992 debut album went on to sell over 1 million copies. Between 1995 and 2017, McKnight released 12 more studio albums. His most successful album to date is 1999's "Back at One" which sold over 3 million copies around the world. In total, Brian has sold more than 25 million albums worldwide.

Financial Problems: In February of 2014 it was revealed that Brian McKnight was the victim of a large scale fraud perpetrated by his former accountant. McKnight sued the former associate for failing to pay his taxes for more than ten years in a row and subsequently wracking up $1.5 million worth of back taxes and penalties. Because of these financial troubles, Brian claimed at the time that his bank had placed a lien on his house and the IRS had frozen his music royalty payments. Furthermore Brian's driver's license was suspended for failing to pay back taxes.

Early Life and Career Beginnings: Brian McKnight was born in 1969 in Buffalo, New York, the son of Claude McKnight Jr. and Ruth Elaine Willis. He began singing as a child as a member of his church choir, and was in an a cappella gospel quartet with his brothers. McKnight attended Oakwood College, a Seventh-day Adventist university located in Huntsville, Alabama. During his sophomore year, he was expelled after violating rules about having visitors in dorm rooms.

Encouraged by his older brother Claude and his band, Take 6, McKnight started to shop demo tapes as a teenager. When he was 19, he signed his first recording deal with Wing Records, a subsidiary of Mercury Records. Subsequently, in 1992, McKnight released his self-titled debut album. Featuring the ballad and top 20 single "One Last Cry," the album peaked at 58 on the Billboard 200 chart.

"Anytime" Success: McKnight followed his debut with 1995's "I Remember You" and 1997's "Anytime." The latter, McKnight's third and final album with Mercury, featured contributions from Sean Combs, Keith Thomas, and songwriter Diane Warren. Although it received fairly mixed reviews upon release, it made it to the top 20 of the Billboard 200, sold over two million copies, and became McKnight's first album to top the R&B/Hip-Hop Albums chart. It also produced many singles, including "You Should Be Mine (Don't Waste Your Time)," a top 20 hit, and the title track, "Anytime," which became one of the most frequently played radio songs of 1998. For the track, McKnight garnered a Grammy Award nomination.

Motown Records: After leaving Mercury in 1998, McKnight signed with Motown, and released the Christmas album "Bethlehem." He followed this with "Back at One," which went on to sell more than three million copies and become his most successful album to date. Featuring a mix of hip-hop, balladry, and contemporary R&B, it spawned the singles "Stay or Let it Go," "Win," and the title track, "Back at One." The latter reached number two on the US Billboard Hot 100, becoming McKnight's highest-charting single. The album itself, meanwhile, was nominated for Best R&B Album at the Grammy Awards.

McKnight's subsequent album was 2001's "Superhero," which debuted at number seven on the Billboard 200. The album's singles, "Love of My Life" and "Still," earned Grammy nominations. In 2003, McKnight released his seventh studio album, "U Turn"; it also peaked at number seven on the Billboard 200, while its lead single, "Shoulda, Woulda, Coulda," received a Grammy nomination for Best Male R&B Vocal Performance. Finally, in 2005, McKnight released his last album with Motown, "Gemini." Debuting at number four, it became the singer's highest-charting album to date. 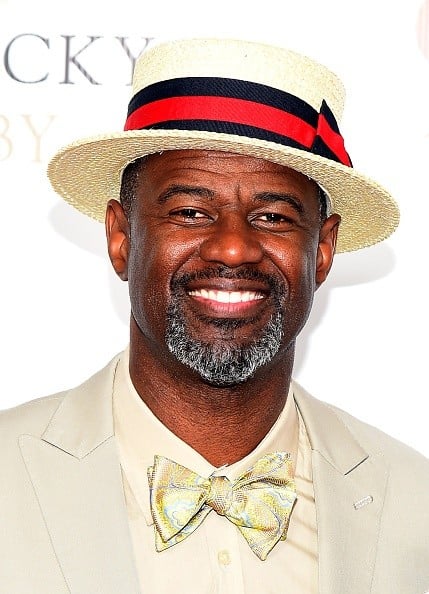 Warner Brothers and E1 Music: Later in 2005, McKnight signed with Warner Bros. Records. He subsequently released "Ten," his only album with the label. "Ten" spawned the singles "Used to Be My Girl," "What's My Name," and "Find Myself in You," which was originally featured on the soundtrack to the Tyler Perry movie "Madea's Family Reunion." From 2009 to 2013, McKnight released three albums with E1 Music: "Evolution of Man," "Just Me," and "More Than Words," which featured the contributions of Colbie Caillat and McKnight's two sons.

Career on Television and Radio: On radio, McKnight served as the host of "The Brian McKnight Morning Show" from 2006 to 2010; it aired on KTWV The Wave in Los Angeles. On television, the singer has appeared as himself on episodes of "Beverly Hills 90210," "Martin," "Living Single," and "My Wife and Kids." He played a couple different characters on a few episodes of "Sister, Sister" in the late 90s, and competed on the second season of "The Celebrity Apprentice" in 2009.

Later Albums: In 2016, McKnight released his 14th studio album, "Better," on his own label; it spawned the singles "Uh Oh Feeling" and "Better." Also that year, McKnight released "An Evening With," a live CD, DVD, and Blu-ray collection done in collaboration with the SoNo Recording Group. The collection featured 14 live-performed songs, in addition to three tracks newly written and recorded. Its lead single, "Everything," cracked the top 20 on the Adult Contemporary charts.

Partnering again with the independent SoNo Recording Group, McKnight released his album "Genesis" in 2017; it produced the hit singles "Forever" and "I Want U." This was followed by "Exodus" in 2020, which McKnight claimed would be his final project containing all original material.

Personal Life: In 1990, McKnight wed his college sweetheart, singer-songwriter Julie McKnight. They had two children, Niko and Brian Jr., and divorced in 2003. Later, in 2014, McKnight started dating Dr. Leilani Malia Mendoza, whom he married in 2017.

Brought up as a Seventh-day Adventist, religion has played a central role for McKnight and his family. His grandfather was a church pastor, while his mother both sang in a gospel choir and played the piano at Emanuel Temple in Buffalo. McKnight has also been prominent in the African-American community, and has been nominated for multiple NAACP Image Awards. 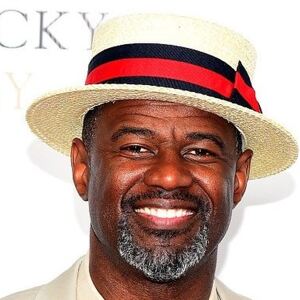