How much is Brett Scallions Worth?

Brett Scallions net worth: Brett Scallions is an American musician and singer who has a net worth of $4 million. Brett Scallions was born in Brownsville, Tennessee in December 1971. He is best known for being the lead singer, rhythm guitarist, and lyricist of the band Fuel. Scallions was with the band from 1993 to 2006 and then left for personal reasons. He was replaced by Toryn Green, but returned to Fuel in 2010. Fuel released their debut studio album Sunburn in 1998. Their album Something Like Human was released in 2000 and reached #17 in the United States, #6 in Australia, and #8 in New Zealand. Scallions was also featured on Fuel's albums Natural Selection in 2003 and Puppet Strings in 2014. Fuel's single "Hemorrhage (In My Hands)" reached #1 on the US Alternative chart and their single "Shimmer" reached #2 on the same chart. They also had success with the singles "Bittersweet", "Jesus or a Gun", "Last Time", "Innocent", "Bad Day", "Won't Back Down", "Falls on Me", "Million Miles", and "Wasted Time". Scallions has also performed with the bands re-Fueled and World Fire Brigade. In 2015 he took part in his first unplugged solo tour. 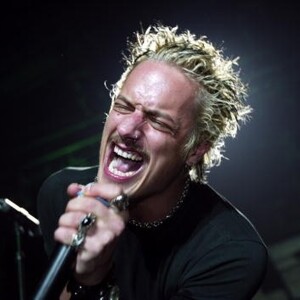