Brenda Lee net worth: Brenda Lee is an American singer who has a net worth of $20 million dollars. Born in Atlanta, Georgia, in 1944, Brenda Lee began performing in her Baptist Church choir on Sunday mornings. By the time she was six, Lee was well known for her voice and tiny frame in her southern community and soon won a local singing contest that earned her a performance on a live radio show.

Lee's appearance turned into a steady gig, and even though she was only about ten years old, she was earning enough money to support her family. In 1955, Lee went to see Red Foley during an episode of his TV show "Ozark Jubilee" and it would turn into the moment that changed her life. Lee performed for Foley before the show and he agreed to have her sing on TV that same night. Lee went on to became a show regular and within two months, she signed a recording contract with Decca Records. Lee, who stands at four-feet, nine-inches tall, is known for her powerful voice and small frame. She's even earned the nickname Little Miss Dynamite. She's perhaps best known for her holiday hit "Rockin' Around the Christmas Tree" and her single "I'm Sorry". Lee was inducted into the Rock and Roll Hall of Fame in 2002. She has been married to husband Ronnie Shacklett since 1963. 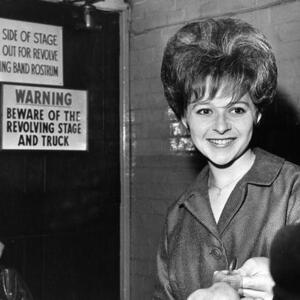