What is Brandy Norwood's net worth?

Brandy Norwood is an American actress, R&B singer, songwriter, and record producer who has a net worth of $12 million. At 14, Brandy signed with Atlantic Records. She released her debut album the following year (1994), which went on to be certified quadruple Platinum in the U.S. For six seasons, Brandy starred as the title character in the sitcom "Moesha" on the UPN network.

Brandy Rayana Norwood was born on February 11, 1979, in McComb, Mississippi. Her father, Willie Norwood, is a gospel singer and choir director. Her mother, Sonja Norwood, was a district manager for H&R Block. She is the older sister of singer and actor Ray J. Rapper Snoop Dogg and WWE wrestler Sasha Banks are her cousins. Brandy started singing through her dad's work with the local church choir. She performed her first gospel solo at the age of two. Her family moved to Los Angeles in 1983. Brandy attended Hollywood High School Performing Arts Center.

Despite coming from a musical family, Brandy first developed her own interest in performing when she discovered and became a fan of Whitney Houston at age seven. She started entering talent shows at 11 and was part of a youth singing group. Also while she was 11, she began working as a background singer with the R&B boy band Immature. She put together a demo tape with the help of her parents and in 1993, signed with Atlantic Records. Her mom quit her job to manage her daughter's burgeoning career. Brandy dropped out of Hollywood High School after her freshman year. She finished high school with private tutors.

While working on her debut album, she was cast in the sitcom "Thea" as the daughter of a single mother played by comedian Thea Vidale. The show only lasted for one season but earned Brandy a Young Artists Award nomination for Outstanding Youth Ensemble alongside her young co-stars. 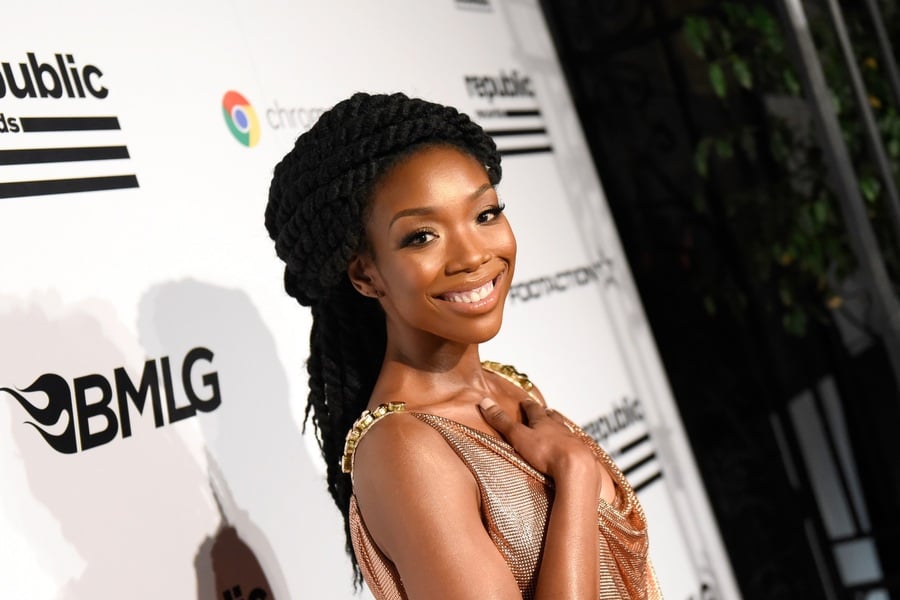 Brandy's self-titled debut album took eight months to make. It was released in September 1994 to positive reviews. One music journalist compared Brandy's voice to a "lower-key Janet Jackson" and a "stripped-down Mary J. Blige." The album peaked at number 20 on the U.S. Billboard 200. Brandy's debut album sold more than six million copies across the globe and spawned three top 10 hits on the Billboard Hot 100: "I Wanna Be Down," "Baby," and "Brokenhearted." The first two songs reached the tip of the Hot R&B Singles chart. The last was a duet with Boyz II Men's Wayna Morris and hit the number two spot n the charts. Brandy was nominated for two Grammys for Best New Artist and Best Female R&B Vocal Performance. Over the course of the next year, Brandy won four Soul Train Music Awards, two Billboard Awards, as well as the New York Children's Choice Award.

In 1995, she toured as the opening act for Boyz II Men. That same year, she wrote songs for the movies "Batman Forever" and "Waiting to Exhale." In 1996, her collaboration with Gladys Knight, Chaka Khan, and Tamia on "Missing You" for the film "Set It Off" earned Brandy a Grammy nomination for Best Pop Collaboration with Vocals.

Also in 1996, Brandy was cast as the title character in the sitcom "Moesha." She played a girl from L.A. coping with the pressures of growing up while dealing with her family, notably her stepmother. "Moesha" premiered on UPN in January 1996 and ran for six seasons. Brandy won an NAACP Image Award for Outstanding Youth Actor/Actress.

In 1998, Brandy released her second album, "Never Say Never." The album's biggest hit is Brandy's duet with Monica on "The Boy Is Mine." This song became Brandy's first number one song on the U.S. Billboard Hot 100. The song spent 13 weeks at the top of the Billboard charts, won Brandy and Monica a Grammy Award for Best R&B Performance by a Duo or Group with Vocal, and has become the most successful song by a female duo in history.

In 2002, Brandy starred in the reality series "Brandy: Special Delivery," documenting the birth of her daughter. Her third and fourth albums, "Full Moon" (2002) and "Afrodisiac" (2004) were released to critical and commercial success. She served as a judge on the first season of "America's Got Talent." Norwood's fifth album, "Human" (2008), was released to commercial failure.

In 2010, she returned to television as a contestant on the eleventh season of "Dancing with the Stars" (partnered with Maksim Chmerkovskiy). She placed fourth in the competition. That same year, she starred in the reality series "Brandy & Ray J: A Family Business." In 2012 she became a series regular in the BET series "The Game" and released her sixth album "Two Eleven" to critical praise. In April 2015, Norwood made her Broadway debut in the musical "Chicago." She starred in and executive produced a sitcom titled "Zoe Ever After" on BET which premiered in January 2016.

Brandy has sold more than 40 million records worldwide, with more than 8.62 million albums sold in the U.S., making her one of the best-selling female artists of all time. The Recording Industry Association of America (RIAA) lists Norwood as one of the top-selling artists in the United States, with 10.5 million certified units in album sales. Her work has earned her numerous awards and accolades, including a Grammy Award, an American Music Award, and seven Billboard Music Awards. As of this writing, Brandy has released seven albums: 1994's "Brandy," 1998's "Never Say Never," 2002's "Full Moon," 2004's "Afrodisiac," 2008's "Human," 2012's "Two Eleven," and 2020's "B7."

In 1996, Brandy had a brief relationship with Kobe Bryant. She was his prom date at Lower Merion High School in Ardmore, Pennsylvania.

She also dated Wayna Morris of Boyz II Men, rapper Mase, and producer Robert "Big Bert" Smith. Brandy and Smith kept their relationship a secret until February 2002, when Brandy announced that she was pregnant. A year after the birth of their daughter Sy'rai Iman Smith on June 16, 2002, Brandy and Smith broke up.

In 2003, she started dating NBA player Quentin Richardson. They got engaged in July 2004. Brandy ended their 15-month engagement in October 20o5.

Late in 2012, she got engaged to music executive Ryan Press. In April 2014, Brandy and Press broke up.

In 1997, Brandy, Ray J, and their parents started The Norwood Kids Foundation, which helps disadvantaged, at-risk youths in Los Angeles and Mississippi through the arts and self-help programs.

On December 30, 2006, Brandy was driving home when she was involved in a fatal car accident on the 405 Freeway in Los Angeles. The 38-year-old driver of a Toyota, Awatef Aboudihaj, was struck by Norwood's Range Rover and died the next day as a result of the injuries she sustained in the collision. Highway Patrol reported that Brandy was traveling at about 65 miles per hour and did not see the vehicles before her slow down. Aboudihaj hit the car in front of her and slammed on her brakes before Norwood's SUV made contact with her car. Multiple lawsuits have been filed against Norwood by Aboudihaj's family as a result of the accident. All of them have been settled out of court by her attorney. 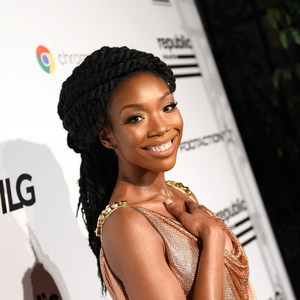