Brad Roberts net worth: Brad Roberts is a Canadian singer and musician who has a net worth of $3 million. Brad Roberts was born in Winnipeg, Manitoba, Canada in January 1964. He is best known for being the lead singer and guitarist of the rock band Crash Test Dummies. The band formed in 1988 and released their debut studio album The Ghosts That Haunt Me in 1991.

That album reached #2 in Canada and was certified 4x Platinum. Their album God Shuffled His Feet was released in 1993 and reached #1 in New Zealand, #2 in the UK, #5 in Australia, and #9 in the US. Crash Test Dummies also released the albums A Worm's Life in 1996, Give Yourself a Hand in 1999, I Don't Care That You Don't Mind in 2001, Puss 'n' Boots in 2003, Songs of the Unforgiven in 2004, and Oooh La La! in 2010. Their best known single "Mmm Mmm Mmm Mmm" reached #1 in Australia, Belgium, and Germany, #2 in the UK, and #4 in the US. The band also had success with single "Afternoons & Coffeespoons". Roberts released his debut studio album Rajanaka: Mantra in 2011 and was featured on the 2012 album Midnight Garden by Rob Morsberger. 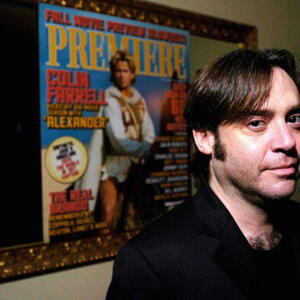