What is Brad Paisley's net worth?

Brad Paisley is an American country music singer-songwriter and musician who has a net worth of $120 million. In a typical year, Brad Paisley earns between $20 million and $40 million before taxes. Brad Paisley has a record 10 consecutive singles that have reached the top spot on the chart. He was named the Entertainer of the Year in 2010 at the CMA Award

Paisley was born in Glen Dale, West Virginia in 1972, the only child of Douglas Edward Paisley and Sandra Jean Paisley. Brad Paisley received his first guitar and his love of country music from his grandfather when he was eight years old. He performed for the first time in public singing in his church and by the age of 13 had written his first song, "Born on Christmas Day" and joined his first band "Brad Paisley and the C-Notes". His junior high school principal heard him perform "Born on Christmas Day" and subsequently invited him to play at the local Rotary Club meeting. In attendance was the program director of a local radio station who invited Paisley to perform on Jamboree USA. He then became a member of the show's weekly lineup.

Paisley began opening for country singers such as The Judds, Ricky Skaggs, and George Jones. He became the youngest person to be inducted into the Jamboree USA Hall of Fame. Paisley graduated from John Marshall High School in Glen Dale in 1991. He then studied at West Liberty State College where he majored in music business and got his Bachelor's of Business Administration in 1995. During college, Paisley interned at Atlantic Records. During this time, he met Frank Rogers who would later go on to be his producer. He also met Kelley Lovelace who became his songwriting partner. Just a week after graduating college, he signed a songwriting contract with EMI Music Publishing.

Brad Paisley made his professional debut as a singer with the label Arista Nashville in 1999 with the song "Who Needs Pictures." In May 1999 he made his first appearance on the Grand Ole Opry. In December 1999 he had his first No. 1 hit with "He Didn't Have to Be". In 2002, he won the Country Music Association's Horizon Award and the Academy of Country Music's best new male vocalist trophy. He received his first Grammy Award nomination a year later for Best New Artist. In 2002, Paisley won the CMA Music Video of the Year award for "I'm Gonna Miss Her (The Fishin' Song.)" His three other singles from the album "Part II" all charted in the Top 10. The album stayed on the charts for over 70 weeks and was certified platinum by August 2002.

Paisley's third album "Must on the Tires" was released in 2002, with the title track reaching Billboard No. 1 in 2004. In 2005, Paisley released "Time Well Wasted", of which three songs went to No. 1. "Time Well Wasted" won the Country Music Association CMA Award for Best Album. It also won album of the year at the 2006 ACM Awards. Paisley received four Grammy nominations that year.

Paisley's fifth studio album "5th Gear" was released in June 2007. The first four singles from the album all reached No. 1 on the country music charts, marking seven straight number one hits for Paisley. He was nominated for three Grammy Awards in 2008. He released an instrumental album titled "Play" the following year. 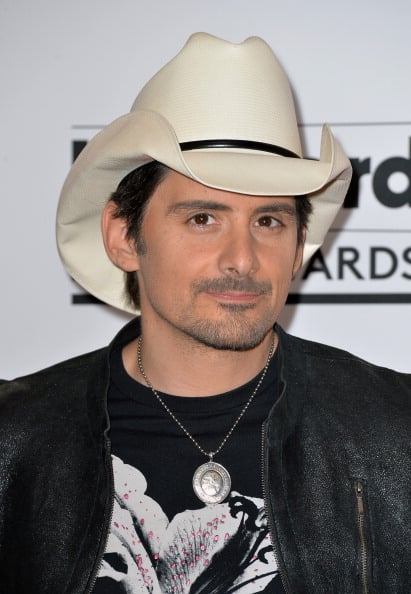 In 2009, Paisley embarked on his fourth tour and released his seventh album "American Saturday Night." The album's lead single "Then" became Paisley's 14th number one single, and his tenth in a row. In July 2009 he performed for President Barack Obama and First Lady Michelle Obama at the White House in celebration of country music. It was streamed live on the White House Website and aired as a special on Great American Country. He released his eighth studio album in May 2011, "This Is Country Music." Paisley went on to release "Wheelhouse" in April 2013, Moonshine in the Trunk in 2014, which became his eighth number one Billboard Album, and "Love and War" in April 2017. In November 2018, Paisley released "Bucked Off," the lead single from his studio album "My Miracle," which was released in March 2019.

Outside of his music career, Brad has written two books. He released Jug Fishing for Greazy and Other Brad Paisley Fishing Stories in 2003 under Thomas Nelson Publishing, co-written with author M.B Roberts. He released his book "Diary of a Player: How My Musical Heroes Made a Guitar Man Out of Me" in 2011 under Howard Books Publishing.

In 2000, Paisley was in a relationship with fellow country music singer Chely Wright. Paisley began dating actress Kimberly Williams in 2001. The singer had first seen Williams 10 years prior, when he took a date to see her feature film debut "Father of the Bride." Four years later he went to see the sequel alone. He has stated about watching Williams' performance: "She seems like a great girl — smart and funny and all those things that are so hard to find." The two were married on March 15, 2003 on the campus of Pepperdine University after a nine month engagement. They have two children together, William Huckleberry (b. 2007) and Jasper Warren, born in 2009. In 2018, the Paisleys partnered with Belmont University to open a free referral-based grocery store in Nashville to help the community in need. 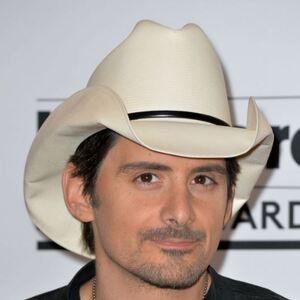