Brad Corrigan net worth: Brad Corrigan is an American musician and singer who has a net worth of $500 thousand. Brad Corrigan was born in Denver, Colorado in August 1974. He is best known for being part of the indie band Dispatch in which he sings and plays guitar, drums, percussion, and harmonica.

The band formed in 1996 and went on hiatus in 2002. They reunited for a few concerts before their hiatus ended in 2011. Dispatch's debut studio album Silent Steeples was released in 1996. They have also released the albums Bang Bang in 1997, Four-Day Trials in 1999, Who Are We Living For? in 2000, and Circles Around the Sun in 2012. Corrigan has also released three solo studio albums: Watchfires in 2005, The Captive in 2007, and Someday is Today in 2013. As a solo artist Corrigan uses the name Braddigan. This third album was released on his own label Third Surfer Music. Corrigan started the non-profit organization Love Light & Melody and has made many trips to Managua, Nicaragua. 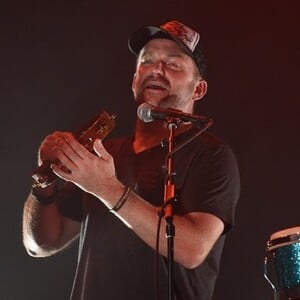