What is Boy George's Net Worth?

Boy George (birth name George Alan O'Dowd) is an English singer and songwriter who has a net worth of $50 million. Boy George is known for some of the biggest pop hits in recent memory, including "Karma Chameleon" and "Do You Really Want to Hurt Me." Boy George is also famous for his striking, androgynous public image. Outside of music, Boy George is a successful fashion designer and author.

George Alan O'Dowd was born on June 14th of 1961 in Kent, England. Raised alongside five siblings in a Catholic, working-class family, George had to deal with a violent, abusive father while growing up. In his youth, O'Dowd closely followed the growing New Romantic Movement in the UK. Eventually, he moved to London where he became strongly influenced by artists like David Bowie, Marc Bolan, and Patti Smith.

Boy George started his career as a member of the group Bow Wow Wow. He then left to start his own band called Culture Club. Although the group recorded many demos, no one seemed to want to sign them to a record deal. Eventually, Virgin Records and Epic Records teamed up to represent the group, and they were able to release a debut album called Kissing to be Clever in 1982. The album contained the smash hit "Do You Really Want to Hurt Me," which topped the charts in nations around the world and reached the number two spot in the US.

Their follow up album was called Colour By Numbers, and it became an even bigger success when it was released in 1983. The album contained smash hits like "Church of the Poison Mind" and "Karma Chameleon," the latter of which topped the US charts. As successful as they were within a short amount of time, Culture Club looked to be on its last legs when they released their third album, Waking Up with the House On Fire in 1984. The album didn't perform as well as the previous two, although it still contained the popular hit "The War Song."

By the late 80s, Boy George was becoming more of a central figure, booking cameos on shows like A-Team and receiving tons of media attention for his alleged drug addiction. In this midst of this controversy, Culture Club released a fourth album entitled From Luxury to Heartache. The album featured the successful hit "Move Away." Following the album's release, Culture Club disbanded.

After receiving treatment for various drug addictions, Boy George released his first solo album in 1987. Entitled Sold, the album performed moderately well in the UK but went almost completely unnoticed in the US – perhaps because George's drug charges prevented him from traveling to the States to promote his new solo career.

After establishing his own record label in the late 80s, George continued to release a number of singles that were popular in the underground music scene. In 1992, he returned to prominence once again with the hit "The Crying Game." The single was included on the soundtrack of the film The Crying Game, and it was his first major hit that became widely popular in the US.

During the next period of Boy George's career, he veered towards electronic/dance music and became a well-known DJ in London. His next two albums, Cheapness and Beauty and The Unrecoupable One Man Bandit, reflected this change. Dance-oriented singles such as "Love is Leaving" and "When Will You Learn" became successful in European markets.

In the early 2000s, Boy George's sound became more in line with electronica, as was made clear by his 2004 album Yum Yum released under the moniker "The Twin." In 2009, he released the album Ordinary Alien – The Kinky Roland Files. In 2020, he released new solo tracks from his then-upcoming album, Geminis Don't Read the Manual. 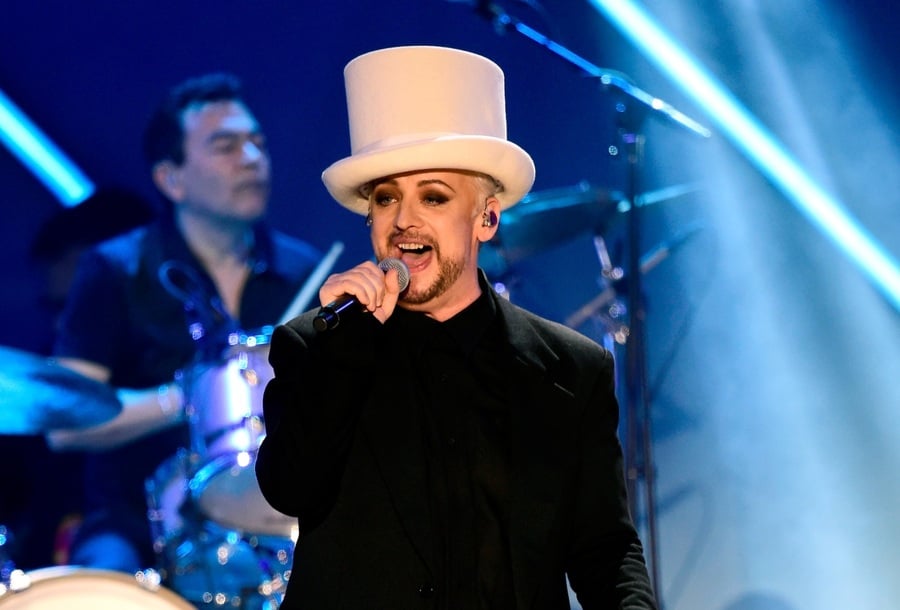 In 2016, Boy George joined the fifth season of The Voice, replacing Tom Jones as a mentor. He mentored Cody Frost, who finished in third place. George subsequently left The Voice and joined The Voice Australia. He continued acting as a coach for this show for many seasons. In 2017, George competed in the 8th season of Celebrity Apprentice, taking home second place.

Boy George has his own fashion line called B-Rude. Over the years, his collections have appeared on shows in London, New York, and Moscow.

Although Boy George initially stated that he was bisexual, he later clarified that he is actually gay. 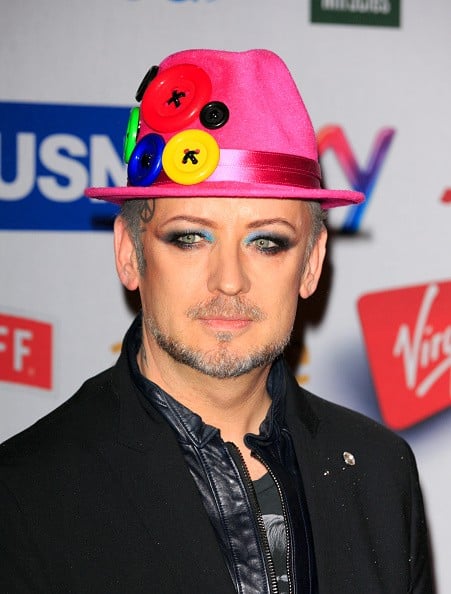 In the late 1980s, George struggled considerably with a heroin addiction. He was taking so much heroin during this period that he was attempting (and sometimes failing) to perform on stage while under the influence of the narcotic. In 1986, he was arrested for heroin possession. That year, Michael Rudetsky, a keyboardist and co-writer for Culture Club, was found dead from an overdose in George's London home. Soon afterwards, two more of his friends died from overdoses, which convinced him to get treatment.

In 2005, Boy George was arrested in Manhattan for cocaine possession and "reporting a false burglary." He was sentenced to five days of community service and ordered to attend a drug rehabilitation program.

In 2007, Boy George allegedly handcuffed an escort to a wall and beat him with a metal chain. In 2008, he was charged with assault and false imprisonment as a result of the incident and was sentenced to 15 months in jail. After four months, he was released early due to good behavior.

At the peak of his fame in the late 1980s, Boy George paid an undisclosed amount for a gothic Grade-II-listed mansion in the North London hamlet of Hampstead called The Logs. This property remained Boy George's primary residence for the next four decades. After performing a major renovation, George listed the mansion for sale in September 2022 for $19.5 million. The mansion has six bedrooms, a movie theater, private roof terrace and meditation space. Here is a video tour from the listing: 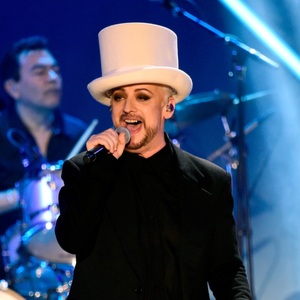