What is Bonnie Tyler's Net Worth?

Bonnie Tyler is a Welsh singer who has a net worth of $30 million. Bonnie Tyler rose to fame in the late 70s with the release of her debut album "The World Starts Tonight" and her hit single "It's a Heartache." She went on to have further hits in the 80s with the singles "Total Eclipse of the Heart" and "Holding Out for a Hero," both written by Jim Steinman. Over her career, Tyler has received multiple Grammy and Brit Award nominations.

Bonnie Tyler was born as Gaynor Hopkins on June 8, 1951 in Skewen, Neath, Wales to Elsie and Glyndwr. She grew up in a heavily religious Protestant home with her two brothers and three sisters. Tyler had her first public performance in a chapel, singing the hymn "All Things Bright and Beautiful." With no formal qualifications from her schooling, she took a job in a grocery store. In 1969, Tyler entered a local talent contest; coming in second place, she decided to pursue a singing career. She subsequently became a backing singer for Bobby Wayne & the Dixies, and then created her own soul band called Imagination.

In 1975, Tyler was spotted singing with her band by talent scout Roger Bell, who subsequently invited her to record a demo track in London. After several months, she got a phone call from RCA Records offering her a recording contract. With Ronnie Scott and Steve Wolfe serving as her managers, producers, and songwriters, Tyler released her debut single, "My! My! Honeycomb," in 1976. Ultimately, the song failed to chart. Tyler had greater success with her second single, "Lost in France," which made it onto the top ten by the end of 1976. Her next single, "More Than a Lover," peaked at number 27 in the UK.

Tyler released her debut studio album, "The World Starts Tonight," in 1977; it featured her hit singles "Lost in France" and "More Than a Lover." However, her breakthrough came the next year, when she released the smash single "It's a Heartache." The song became her first major hit in the United States, reaching number three on the Billboard Hot 100. The same year, Tyler released her second album, "Natural Force," which was certified Gold by the RIAA.

In 1979, Tyler released her third album, "Diamond Cut"; although it was a hit in Sweden and Norway, it only made it to number 145 on the Billboard 200. Her next album was 1981's "Goodbye to the Island," her final one with RCA. Tyler subsequently signed with Columbia Records. In 1983, she released the biggest hit of her career with the single "Total Eclipse of the Heart," which became one of the best-selling singles in history by selling over six million copies. The song appeared on Tyler's fifth studio album, "Faster Than the Speed of Night," which reached number one on the UK Albums Chart and number four on the Billboard 200. Further success came in 1984, when Tyler released the hit single "Holding Out for a Hero" from the soundtrack to the film "Footloose." 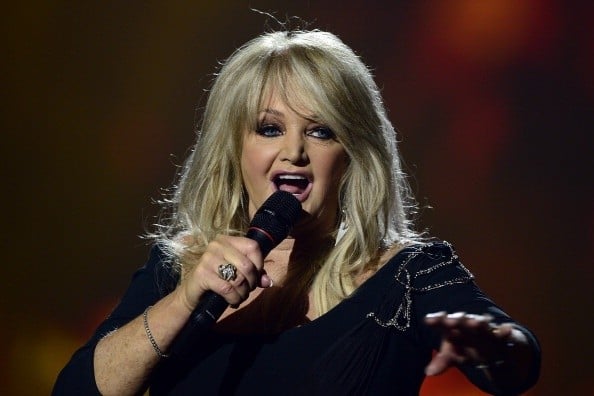 Tyler's sixth studio album, "Secret Dreams and Forbidden Fire," came out in 1986. This was followed by "Hide Your Heart," which featured collaborations with Diane Warren, Michael Bolton, and Albert Hammond. In 1990, Tyler signed with Hansa Records, and the next year, released her album "Bitterblue." The album was never released in the US or UK, but found significant commercial success in mainland Europe. Also successful in that area were Tyler's next two albums, "Angel Heart" and "Silhouette in Red." In 1995, Tyler signed with EastWest Records and released "Free Spirit." This was followed by such albums as "All in One Voice," "Heart Strings," "Wings," "Rocks and Honey," and "Between the Earth and the Stars." In 2021, Tyler released "The Best is Yet to Come."

Among her many music collaborations, Tyler partnered with Mike Oldfield on the title track to his 1987 album "Islands." In 1998, she was featured on the song "Is Anybody There?" from Rick Wakeman's album "Return to the Centre of the Earth." Tyler had one of her most successful collaborations in 2003, when she partnered with vocalist Kareen Antonn on a bilingual duet of "Total Eclipse of the Heart." The new version, retitled as "Si demain… (Turn Around)," reached number one in both France and Belgium. Tyler and Antonn reunited again the next year for a bilingual duet of "It's a Heartache."

In 2009, Tyler collaborated with the Welsh male choir Only Men Aloud! to perform "Total Eclipse of the Heart" on tour in the UK. That same year, she recorded the title song for the musical "Cappuccino Girls." Tyler has collaborated with many other artists over the years, including Wayne Warner, Matt Pétrin, Robin Gibb, Laura Zen, Vince Gill, Spike, Rhydian Roberts, Frankie Miller, and Axel Rudi Pell.

In 1973, Tyler wed British property developer and judoka Robert Sullivan. She got pregnant at the age of 39, but had a miscarriage. Tyler and Sullivan have a five-bedroom house in Albufeira, Portugal. Additionally, they own farmland in Portugal and New Zealand, over 20 houses in London and Berkshire, and more than 60 horse stables.

Notably, Tyler has been involved in several recordings for charity. She has contributed to the Anti-Heroin Project, the Ferry Aid ensemble, Rock Against Repatriation, and Children in Need. Additionally, Tyler has been an ambassador for Bobath Children's Therapy Centre in Wales.

Bonnie's primary residence is a Villa in Portugal that reportedly is worth at least $10 million. 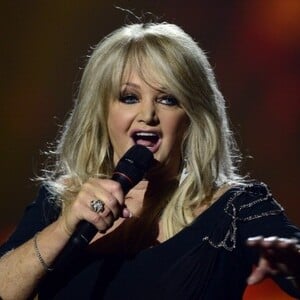