What Is Bonnie Raitt's Net Worth?

Bonnie Raitt is an American blues singer-songwriter and guitarist who has a net worth of $12 million. Raitt began releasing roots-influenced albums in the 1970s, and she has gone on to release 17 studio albums, including the 5x Platinum "Nick of Time" (1989), the 7x Platinum "Luck of the Draw" (1991), and the 2x Platinum "Longing in Their Hearts" (1994).

Bonnie is a renowned slide guitar player who has incorporated the elements of blues, rock, folk and country into her own musical style, and she is known for singles such as "Something to Talk About," "I Can't Make You Love Me," "Love Sneakin' Up On You," and "Not the Only One." "Rolling Stone" ranked Raitt #50 on its 2008 "100 Greatest Singers of All Time" list and #89 on its 2015 "100 Greatest Guitarists of All Time" list," and she was inducted into the Rock and Roll Hall of Fame in 2000.

Bonnie Raitt was born Bonnie Lynn Raitt on November 8, 1949, in Burbank, California. Bonnie is the only daughter of John Raitt (an actor) and Marjorie Haydock (a pianist), and she grew up with brothers David and Steve. Raitt's parents divorced in 1970, and Marjorie married Dr. James Goddard of the United States Public Health Service in 1976. John, who was known for starring in Broadway musicals such as "The Pajama Game" and "Carousel," remarried twice, first to Rosamond Smith, then to Rosemary Kraemer. Sadly, Marjorie passed away in 2004, followed by John in 2005, and Steve in 2009.

Bonnie's parents encouraged their children to pursue music, and Raitt learned to play the piano as a child. When she was 8 years old, she received a Stella guitar for Christmas, and she began attending a summer camp, Camp Regis, in the Adirondack Mountains. Raitt attended Camp Regis until the age of 15, and the counselors would often ask her to play music for her fellow campers. Bonnie attended Poughkeepsie, New York's Oakwood Friends School, then she enrolled at Harvard University's Radcliffe College, where she majored in African Studies and Social Relations with plans to "travel to Tanzania, where President Julius Nyerere was creating a government based on democracy and socialism." As a college student, Raitt sang with the Revolutionary Music Collective and befriended blues promoter Dick Waterman. During her sophomore year, she spent a semester living in Philadelphia with Waterman and several local musicians, which she has described as an "opportunity that changed everything." 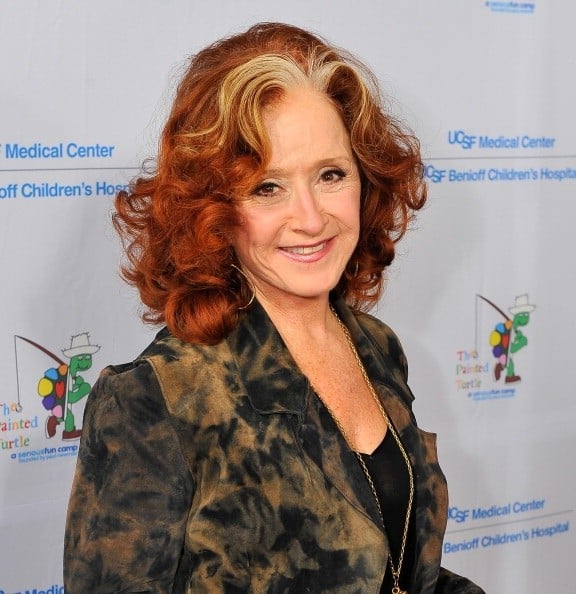 Bonnie and her brother David performed with Mississippi Fred McDowell at the 1970 Philly Folk Festival, and she opened for John Hammond at New York's Gaslight Cafe. A "Newsweek" reporter saw Raitt perform and began spreading the word about her, leading record company scouts to attend her shows. She signed with Warner Bros. and released her debut album, "Bonnie Raitt," in November 1971. Bonnie's second album, 1972's "Give It Up," was certified Gold, and she followed it with "Takin' My Time" (1973), "Streetlights" (1974), and "Home Plate" (1975). She graced the cover of "Rolling Stone" at the end of 1975, and in 1977, she released the Gold album "Sweet Forgiveness," which featured the single "Runaway." Raitt then released the albums "The Glow" (1979), "Green Light" (1982), and "Nine Lives" (1986), and the 1986 single "No Way to Treat a Lady" reached #15 on the "Billboard" Mainstream Rock Tracks chart.

In the '80s, Bonnie participated in the anti-apartheid music video "Sun City" as well as Farm Aid and the Soviet/American Peace Concert. She performed the song "Don't It Make You Wanna Dance" in the 1980  film "Urban Cowboy," and she served as a background vocalist on the 1987 special "Roy Orbison and Friends, A Black and White Night." After being dropped by Warner Bros., Raitt signed with Capitol Records, and her first album with the label, 1989's "Nick of Time," topped the "Billboard" 200 chart and was ranked #229 on "Rolling Stone" magazine's "500 Greatest Albums of All Time" list in 2003. Bonnie's 11th album, 1991's "Luck of the Draw," reached #2 on the "Billboard" 200 chart, and the singles "Something to Talk About," "I Can't Make You Love Me," "Not the Only One," and "Come to Me" were top 10 hits on the Adult Contemporary chart. She had her second #1 album with 1994's "Longing in Their Hearts," and the single "Love Sneakin' Up On You" reached #1 in Canada and #2 on the "Billboard" Adult Contemporary chart.

The 1995 live album "Road Tested" featured a duet with Bryan Adams, "Rock Steady," and went Gold in the U.S. and Canada. Raitt released the Gold albums "Fundamental" (1998) and "Silver Lining" (2002), followed by "Souls Alike" in 2005. The live CD/DVD "Bonnie Raitt and Friends" was released in 2006, and she performed a medley of the songs "All by Myself" and "I'm in Love Again" with Jon Cleary on the 2007 album "Goin' Home: A Tribute to Fats Domino." In 2012, Bonnie released the album "Slipstream," which reached #6 on the "Billboard" 200 chart, and "American Songwriter" magazine described it as "one of the best of her 40-year career." Raitt's 17th album, "Dig in Deep," was released in 2016, and in 2018, she was set to tour with James Taylor but had to cancel the first leg of the tour "due to a medical situation" that required surgery. In December 2021, it was announced that Bonnie would be receiving a Grammy Lifetime Achievement Award at the 2022 Grammy Awards, and the following month, "Billboard" announced that Raitt would be honored with the Icon Award at the 2022 "Billboard" Women In Music Awards.

Bonnie married actor Michael O'Keefe on April 27, 1991, and they divorced in 2000. Raitt has been open about her struggles with drugs and alcohol, and in 2012, she told "Parade" magazine, "I thought I had to live that partying lifestyle in order to be authentic, but in fact if you keep it up too long, all you're going to be is sloppy or dead. I recently had my 25th anniversary of sobriety. I was one of the lucky ones. Seeing Whitney Houston pass away, and Amy Winehouse—everyone smiled at her 'Rehab' song, but for me it was heartbreaking to hear her sing that because it just looked like she was on a slippery slope."

In 1979, Bonnie became a founding member of Musicians United for Safe Energy, and she has supported Alliance for Survival, the Abalone Alliance, Little Kids Rock, Reverb, and No Nukes. She has funded replacement headstones for musicians Fred McDowell (one of her mentors), Tommy Johnson, Memphis Minnie, and Sam Chatmon, and in 2008, she appeared on an Aid Still Required charity album to raise money for relief efforts for the 2004 Indian Ocean tsunami. Raitt received an Honorary Doctorate of Music from Boston's Berklee College of Music in 1991.

Raitt has been nominated for 26 Grammys, winning 10 of them. In 1990, she won Best Rock Vocal Performance, Female, Best Pop Vocal Performance, Female, and Album of the Year for "Nick of Time" and Best Traditional Blues Recording for "I'm In The Mood," followed by Best Rock Performance by a Duo or Group with Vocal for "Good Man, Good Woman," Best Rock Vocal Performance, Solo for "Luck Of The Draw," and Best Pop Vocal Performance, Female for "Something To Talk About" in 1992, Best Pop Album for "Longing In Their Hearts" in 1995, Best Rock Instrumental Performance for "SRV Shuffle" in 1997, and Best Americana Album for "Slipstream" in 2013. Bonnie shared a CableACE Award nomination for Performance in a Music Special or Series for "VH1 Honors" with Al Green and Mavis Staples in 1995. She received a Lifetime Achievement Award for Performance at the 2012 Americana Music Honors and Awards, and four years later, she was nominated for Artist of the Year. Raitt has also received the Harvard Arts Medal (1997) and the Folk Alliance International Awards' People's Voice Award (2018), and the National Guitar Museum honored her with a Lifetime Achievement Award in 2017. Bonnie received a star on the Hollywood Walk of Fame in 2002. 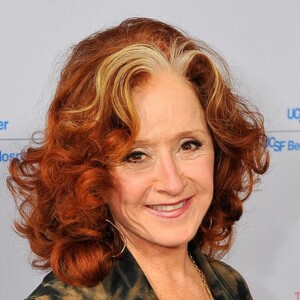