Bonnie McKee is an American singer, songwriter and actress who has a net worth of $30 million. Bonnie McKee was born on January 20, 1984, in Vacaville, California. By the age of 4, MaKee began singing and fell in love with music. Three years later at the tender age of 7, she was schooled in classical piano. She later moved to Seattle, Washington, where she joined the Seattle Girls Choir as the Prime Voci. It was then that she started touring North America and Europe. She recorded two albums with the choir. However, her stardom revealed itself when she briefly attended the Bush School. There, she spent a week in the studio with her classmates. Some of the songs she recorded in the studio session ended up as the initial demo for her first EP, including "When It All Comes Down."

Bonnie McKee headed straight into music and by the age of 15, she was already a songwriter and performing artist in Seattle. She got her break when a friend gave her EP to a popular DJ in Los Angeles, Nic Harcourt, the host of KCRW's Morning Becomes Eclectic. After playing her song, "Somebody," for several weeks, many record labels were battling over for her signature and contract. She ended up signing a contract with the Reprise Record at the age of 16. After becoming a paid artist, she moved to Los Angeles to begin working on her debut album. In 2004, her first album, Trouble, was released and was met with positive reviewed and was welcomed by the music community.

During her career to date, McKee has had a hand in writing nine # 1 singles that have sold over 30 million copies worldwide. She has worked with many artists but notably Katy Perry. With her busy schedule, McKee also found time to explore the career of acting and has appeared in a few featured films and TV series, such as, "August Rush," "CSI: NY," and "American Dreams." 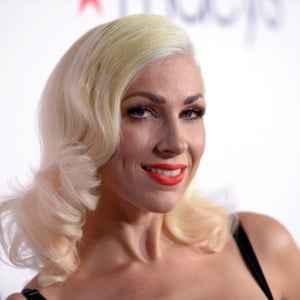