Bobby Vinton net worth: Bobby Vinton is an American musician who has a net worth of $25 million dollars. Born in Canonsburg, Pennsylvania, Bobby Vinton formed his first band when he as 16, and used the money he earned performing to pay for college. He earned a degree in Music Composition from Duquesne University.

He signed with Epic Records in 1960, after completing two years of service in the Army. His first hit single was "Roses Are Red (My Love)", and he would continue to release #1 tracks throughout the 60s. He was one of very few artists who continued to release chart-topping tracks after the Beatles burst onto the charts and made it difficult to crack the Billboard Top Ten. Between 1962 and 1972, he had more #1 songs than any other male solo artist. He ran the Bobby Vinton Blue Velvet Theatre in Branson, Missouri until 2002. He now lives with his wife of 50 years in Englewood, Florida. 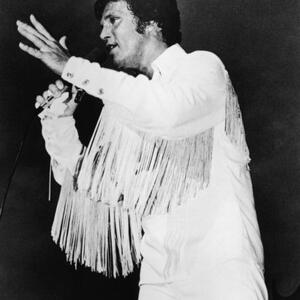