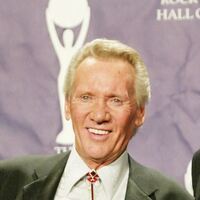 Bobby Hatfield net worth: Bobby Hatfield was an American singer who had a net worth of $45 million at the time of his death in 2003. Bobby Hatfield was born in Beaver Dam, Wisconsin in August 1940. He was best known for being one half of the Righteous Brothers with Bill Medley. The duo formed in 1962 and released their debut studio album Right Now in 1963 which reached #8 on the US R&B chart and #11 in the US. The Righteous Brothers released the albums Some Blue-Eyed Soul in 1964 and This Is new! in 1965. Their album You've Lose That Lovin' Feelin' was released in 1965 and reached #3 on the US R&B chart and #4 on the US chart. They also had success with their albums Just Once In My Life… in 1965, Back to Back in 1965, Soul & Inspiration in 1966, Go Ahead and Cry in 1966, Stayin' Somethin' in 1967, Souled Out in 1967, One for the Road in 1968, Re-Birth (with Jimmy Walker) in 1969, Give It to the People in 1974, and Sons of Mrs Righteous in 1975. Their single "You've Lost That Lovin' Feelin'" reached #1 in the US, Canada, and the UK. Bobby is also notable for his 1965 version of "Unchained Melody" which he performed solo, but is credited and was released as a Righteous Brothers song.

Bobby Hatfield passed away on November 5, 2003 at 63 years old. He was found in his hotel room in Kalamazoo, Michigan just hours before what was scheduled to be a Righteous Brothers concert. It was later discovered that Bobby suffered from advanced coronary disease and that he had a significant amount of blockage in the coronary arteries.

The Righteous Brothers' music received unusually large boosts thanks to appearances in some classic films. In two cases, their songs became intricately connected to the movies. "You've Lost That Lovin' Feelin'" was a centerpiece in the 1986 movie "Top Gun" and "Unchained Melody" was featured prominently in the 1990 movie "Ghost".