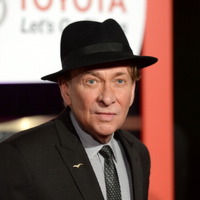 Bobby Caldwell net worth: Bobby Caldwell is an American singer and songwriter who has a net worth of $8 million. Bobby Caldwell was born in Manhattan, New York in August 1951. His styles include blue-eyed soul, smooth jazz, pop rock, and adult contemporary. His self-titled debut studio album was released in 1978 and reached #7 on the R&B Albums chart as well as #21 on the US Albums chart. Caldwell also released the albums Cat in the Hat in 1980, Carry On in 1982, August Moon in 1984, Heart of Mine in 1988, Stuck on You in 1991 which reached #5 on the US Jazz Albums chart, Where is Love in 1993, Soul Survivor in 1995, Blue Condition in 1996, Come Rain or Shine in 1999, Perfect Island Night sin 2005, The Consummate Caldwell in 2010, House of Cards in 2012, After Dark in 2014, and Cool Uncle in 2015. His best known single "What You Won't Do for Love" reached #9 on the US Pop chart, #6 on the US R&B chart, and #10 on the US A/C chart. The song has been sampled by many artists including Aaliyah, Da Brat and Mariah Carey, 2Pac, Master P, and Gym Class Heroes. His songs "My Flame" and "Open Your Eyes" have also been featured by the likes of Notorious B.I.G., Common, and John Legend.