How much is Bobby Byrd Worth?

Bobby Byrd net worth: Bobby Byrd was an American singer, songwriter, musician, bandleader, and record producer who had a net worth of $10 million. Bobby Byrd was born in Toccoa, Georgia in August 1934 and passed away in September 2007. He played a very important role in helping develop funk and soul music along with James Brown. Byrd started out as a member of the Gospel Starlighters in 1952. The group changed their name to the Avons in 1953 and to the Five Royals in 1954 before they stuck with The Famous Flames in 1955. Byrd has been credited with discovering James Brown. The Famous Flames had hit singles such as "Please, Please, Please", "Try Me", "I Don't Mind", "Bewildered", "and I'll Go Crazy". Byrd and The Flames were inducted into the Rock & Roll Hall of Fame along with James Brown in 2012. Bobby Byrd passed away on September 12, 2007 at 73 years old from cancer. 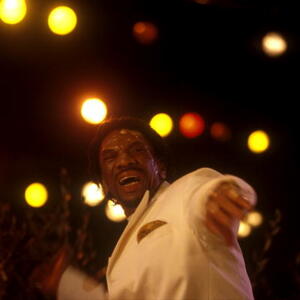