Bobby Bland net worth: Bobby Bland was an American blues singer who had a net worth of $1 million dollars. Born in Rosemark, Tennessee on January 27, 1930, Bland is referred to by many as "Blue" or "The Lion of the Blues. His given name was Robert Calvin Brooks, and he began singing with local gospel choirs in Memphis in 1947 after moving there with his mother.

He is recognized for meshing gospel with blues and R&B, creating his own signature style that would trend for decades to come. He was said to be greatly influenced by Nat King Cole. In 1981 he was inducted to the Blues Hall of Fame, followed by the Rock and Roll Hall of Fame in 1992. In 1997 he was honored with the Grammy Lifetime Achievement Award. Bland's first hit single, "Farther Up the Road," was released in 1957 and reached number one on the charts as well as number 43 on the Billboard Hot 100. Other popular singles included "Cry Cry Cry," "I Pity the Fool," "Turn On Your Love Light," "That's the Way Love is," and "Ain't Nothing You Can Do. After 1968, Bland suffered from depression and alcoholism, however he managed to quit drinking in 1971 and benefited highly from the acquisition of Duke Records by the ABC Records group. He was eventually signed by Malaco Records in 1985 and toured with B.B. King. Bland died of an "ongoing illness" on June 23, 2013 in Germantown, Tennessee. He released approximately 27 studio albums in the duration of his career, three live albums, one collaborative album, and seven compilations. 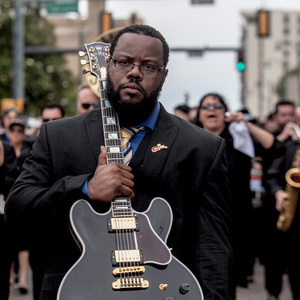