Bobbie Gentry net worth: Bobbie Gentry is an American singer and songwriter who has a net worth of $100 million. Bobbie Gentry has had many hit singles such as "I'll Never Fall in Love Again," "Hushabye Mountain," "He Made a Woman out of me," and the most popular of her singles, "Ode to Billy Joe." Gentry produced many albums such as "Tobacco Road," "All I Have to do is Dream," "Bobbie Gentry's Greatest Hits" and many more. Her single "Ode to Billy Joe" was a smashing success worldwide with and was rated as one of the 500 Greatest Songs of All Time in 2001. In 1967 Gentry won three Grammy Awards including Best Female Pop Vocal Performance and Best New Artist. She was also awarded a gold record certificate for her album (along with Glen Campbell) "Bobby Gentry and Glen Campbell." At her nightclub revue in Las Vegas, Gentry handled everything aspect of it, from Choreography to performing, as well as the writing and musical arrangement. She has also had many television appearances and hosted the CBS variety show, "The Bobbie Gentry Happiness Hour." Her last television appearances were in 1978 on Johnny Carson's the Tonight Show and on the All-Star Salute to Mother's Day. Bobbie Gentry was born in Chickasaw County, Mississippi in 1944. Her birth name is Roberta Lee Streeter and has an older brother named Robert Streeter Jr. She wrote her very first song when she was only seven years old entitled "My Dog Sergeant is a Good Dog." She attended Palm Valley School and after moving to Los Angeles, attended U.C.L.A. as a philosophy major, but later transferred to the Los Angeles Conservatory of Music. She married Bill Harrah in 1969 but divorced only a few weeks later. She then married Jim Stafford (singer and comedian) in 1975 and divorced a few years later. They share a son, Tyler. She later married for a third time.

Wealth: Bobbie demanded 10% of the profits generated by the movie based on her life, "Ode to Billie Joe". She also demanded 15% of future royalties generated by TV syndication and other sales. To date these profits alone have totaled more than $50 million. She was one of the original owners of the NBA's Phoenix suns, owns tens of millions of dollars worth of real estate (mainly in California) and earned more than $3 million in royalties when Reb McEntire covered her song Fancy. 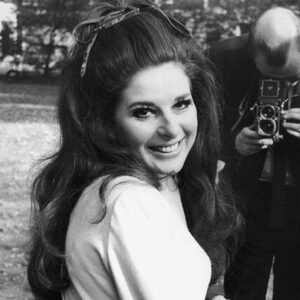