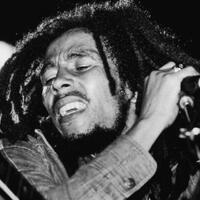 What was Bob Marley's Net Worth?

Bob Marley was a Jamaican reggae singer, songwriter, and musician. At the time of his death in 1981, Bob's estate was worth $11.5 million. That's the same as $32 million in today's inflation-adjusted dollars.

Bob Marley is known as a pioneer of reggae and an icon of the Rastafari movement. Marley's records have sold more than 75 million copies worldwide, making him one of the best-selling artists of all time. He passed away from acral lentiginous melanoma in 1981.

In the decades following his death, Marley's music and image rights generated hundreds of millions of dollars in income for his heirs. Authorized and unauthorized licensing fees reportedly generate over $500 million in revenue per year. The estate only benefits from the authorized (legal) deals. Today the estate generates $25 – $30 million per year in royalties for the family. If Bob Marley were alive today, he would personally be worth well over $200 million.

Unfortunately Bob died without a will, reportedly because his Rastafarian faith prohibited him from acknowledging his own mortality through the creation of something like a will.

Following Jamaican law, when someone dies without a will, also known as "intestate", 10% of the estate immediately goes to their widow. Over time the widow can ultimately accumulate an additional 45% share of the estate, for a total of 55%. The remainder is equally divided among any living children. And when Rita dies, the full 100% control is divided among his living children.

Jamaican law also requires an advertisement be posted following the person's death, seeking potential heirs. In Marley's case, this ad received hundreds of applications from people claiming to be his children.

At the encouragement of some shady advisors, his widow Rita Marley forged Bob's signature on a will that supposedly pre-dated his death. This will left the majority of his estate to herself. When one of Marley's longtime business managers discovered what happened, he set off what became a 10 year legal battle that at up $6 million, roughly half the value of the estate, in legal fees.

In the end, the Jamaican court ordered that control of Marley's estate remain with Chris Blackwell, the owner of Bob's record company Island Music. Blackwell managed the estate through Island Logic Ltd until 2001, at which point full control passed to Rita Marley and his 11 recognized legitimate children.

On February 6, 1945, Robert Nesta Marley was born to 59-year-old Norval Sinclair Marley and 18-year-old Cedella Malcolm in Nine Mile, Saint Ann Parish, Jamaica. His father was a white Jamaican from Sussex, England, who served in the Royal Marines and worked as a plantation overseer. Bob rarely saw his father, and after Norval's death in 1955, Cedella and Bob moved to Trenchtown. Cedella later married American civil servant Edward Booker and gave Bob two half-brothers, Richard and Anthony. Marley also had a half-sister, Claudette, from his mother's relationship with Thadeus Livingston, the father of Bob's friend and future bandmate Bunny Wailer.

Bob and Bunny had been childhood friends and played music together when they were students at Stepney Primary and Junior High School in Nine Mile. While living in Trenchtown, Bob and Bunny became members of a vocal group with Peter Tosh, Beverley Kelso and Junior Braithwaite. Musician Joe Higgs lived nearby and mentored the group, giving them vocal lessons and beginning to teach Marley how to play guitar.

Marley began his music career in 1963 when he formed The Wailers with Bunny Wailer, Peter Tosh, Junior Braithwaite, Beverley Kelso, and Cherry Smith, forging a distinctive songwriting and vocal style that would later resonate with audiences worldwide. The Wailers released some of the earliest reggae records with producer Lee Scratch Perry, and their single "Simmer Down" became a #1 hit in Jamaica in February 1964. After the original line-up disbanded in 1974, Marley pursued a solo career that culminated in the release of the album "Exodus" in 1977, which established his worldwide reputation and put Marley on the map as one of the world's best-selling artists, with sales of more than 75 million albums and singles. Including his work with The Wailers, Marley released 13 studio albums (1 released posthumously) and 6 live albums, and notable singles include "Redemption Song," "I Shot the Sheriff," "No Woman, No Cry," "One Love," and "Get Up, Stand Up." Though Marley was primarily known for reggae, his music also contained elements of ska and rocksteady, and his greatest hits album, "Legend," is the highest-selling reggae album of all time. 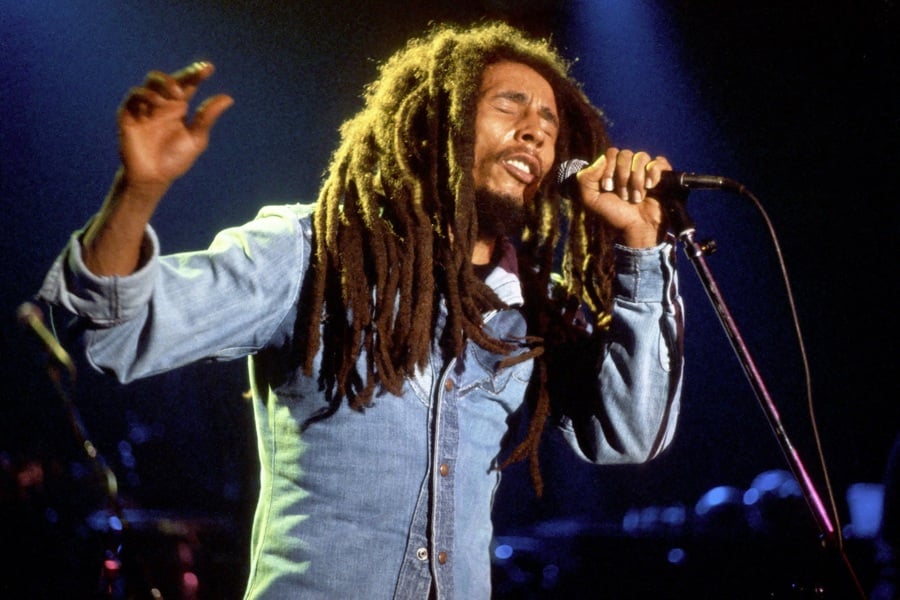 On February 10th, 1966, Bob married Alpharita Constantia "Rita" Anderson in Kingston, Jamaica. He fathered 4 children with Rita and adopted her 2 children from previous relationships. He also had 5 children with other women. Sons Ziggy, Stephen, and Damian grew up to become Grammy-winning reggae musicians. Marley spent most of his life in Jamaica, but he relocated to London after a 1976 assassination attempt in which Bob, Rita, manager Don Taylor, and band employee Louis Griffiths were shot.

Marley was a committed Rastafari, and he expressed a profound sense of spirituality in his music. According to Marley's biographers, he affiliated with the Twelve Tribes Mansion, one of the Mansions of Rastafari and belonged to a denomination known as Tribe of Joseph, because he was born in February (each of the twelve sects being composed of members born in a different month). Marley's Rastafarian faith influenced his support of Pan-Africanism, the belief that Africans all over the world should be united. Bob was a vocal proponent of marijuana and believed it should be legalized. He began using marijuana in 1966 after he converted from Catholicism to the Rastafari faith, and he was arrested and fined for cannabis possession in London in 1968.

In July 1977, Marley was diagnosed with a malignant melanoma under his toenail. Marley's doctor advised him to have his toe amputated, but Bob decided against it, due to his religious beliefs and the fact that an amputation could interfere with his ability to perform. Marley opted to have the nail and nail bed removed, and the area was covered by a skin graft from his thigh. He continued touring, and his last concert took place in Pittsburgh, Pennsylvania, on September 23, 1980. Two days earlier, he had collapsed while jogging in Central Park and discovered during a hospital visit that his cancer had spread to his brain. After trying an alternative cancer treatment at Josef Issels' Bavarian clinic, Bob decided to return to Jamaica. His condition deteriorated during his journey, and when his plane landed in Miami, he was taken to Cedars of Lebanon Hospital in Miami (now University of Miami Hospital). On May 11, 1981, Marley died at the age of 36. His final words were "Money can't buy life," spoken to his son Ziggy. Marley received a state funeral in Jamaica, who later honored him with a designated Order of Merit.

Marley was inducted into the Rock and Roll Hall of Fame in 1994, and "Time Magazine" named "Exodus" Album of the Century in 1999. In 2001, Marley received a star on the Hollywood Walk of Fame and a Grammy Lifetime Achievement Award, and in 2004, he was ranked #11 on "Rolling Stone" magazine's list of the 100 Greatest Artists of All Time and inducted into the UK Music Hall of Fame. Bob Marley statues were erected in Kingston, Jamaica, and in Banatski Sokolac, Serbia, and Bob's former home at 56 Hope Road in Kingston became the Bob Marley Museum in 1987.