Blu Cantrell Net Worth: Blu Cantrell is an American musician and songwriter who has a net worth of $5 million. Born Tiffany Cobb in 1976 in Providence, Rhode Island, Blu Cantrell largely worked as a back-up vocalist before gaining the attention of the music industry in 2001. Her debut album, "So Blu", climbed to number eight on the charts and went gold in the U.S. Her single off the record, "Hit 'Em Up Style (Oops!)", ending up breaking Elvis Presley's record for most played song of all genres of radio.

She earned several Grammy nominations for the song, including Best R&B Song and Best Female R&B Vocal Performance. Her follow-up album, "Bittersweet", released in 2003, breaking into the top 40 on the charts. Though it charted lower in the U.S. than her debut, Cantrell experienced international success with the release after her single "Breathe" hit the airwaves. She earned a nod for Best R&B Album at the Grammys. Cantrell has yet to release her third album, though she announced she plans to drop a record sometime in 2014. She has since appeared in a musical, "Gossip, Lies and Secrets", which ran during the fall of 2007. A year later, Cantrell was part of the competition show "Celebrity Circus" on NBC, though she was eliminated by the show's second episode. 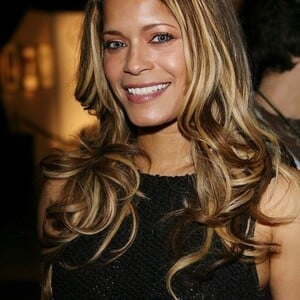