Blanket Jackson net worth: Blanket Jackson, born in La Mesa, California, on February 21, 2002 is the third child the musical legend, the Late Michael Jackson. Blanket Jackson has a net worth of $100 million. Blanket's mother is a surrogate whose identity remains unknown. He has two siblings, Paris Michael Katherine and Michael Joseph "Prince" Jackson.

Blanket grew up at the famous Neverland Ranch in Santa Barbara County, California, with his two half-siblings. Their grandmother Katherine Jackson took custody of all the three children, following death of their father in 2009.This was in accordance with Michael Jackson's wishes that his mother be the permanent guardian of the three.

Be that as it may, in the year 2012, Katherine Jackson declared that she intended to share custody of Blanket Jackson and his half-siblings with his older cousin TJ Jackson. Blanket Jackson first appearance on TV was on Television documentary Living with Michael Jackson in 2003.By then he was a baby and the documentary focused on Michael Jackson's family. He also appeared in shows like Oprah Winfrey Show and X Factor. His father explained the meaning of his son's nickname "Blanket", saying it meant to envelope, cover or 'blanket' someone with love.

Blanket Jackson was at the focal point of discussion as a baby when his father Michael was seen dangling him from a hotel balcony in visit to Germany. He was flaunting his child to a sizeable number of fans who had gone to the hotel to see him. Later his father regretted his actions. That action brought a great deal of interest and furor from the media and different celebrities.

In his early childhood, Jackson and his half-siblings wore masks and veils in a bid to hide their identity. This was also ridiculed heavily from many quarters by people who felt it was too much for the children but Michael Jackson defended his actions saying it was to hide their identities from media, paparazzi and fans. He further added that it was an attempt for his children to live normal lives as other kids. 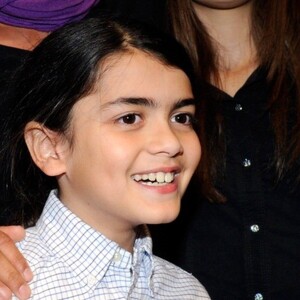