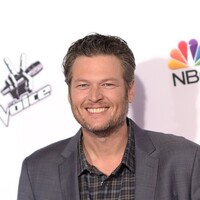 What is Blake Shelton's  net worth?

Blake Tollison Shelton was born on June 18, 1976 in Ada, Oklahoma. His parents were Dorothy, a beauty salon owner, and Richard Shelton, a used car salesman. He began singing as a child and by age 12 had learned to play the guitar, with the help of his uncle. Shelton had written his first song by the age of 15. When he was 16, he received an Oklahoma Denbo Diamond Award. When he was 17, Shelton moved to Nashville to pursue his singing career.

After around six years in Nashville, he signed a recording contract with Giant Records in 2001. He was slated to release a single called "I Wanna Talk About Me", however, label staff considered it unsuitable for his first single, and the song was recorded by Toby Keith, who went on to make it a Number 1 Billboard hit. Blake's very first single, "Austin", went on to spend five weeks at Number 1 on the Billboard Hot Country chart. Shortly after, Giant Records closed down and Shelton was transferred to Warner Bros. Records. They released Shelton's self-titled debut album which went on to receive both positive reviews and platinum certification. Shelton released his second album, "The Dreamer", in February 2003. "The Baby", is lead single, reached No. 1 on the charts. Shelton went on to release a third album in 2004 and was certified platinum.

To date he has sold more than 10 million albums worldwide and 35 million singles. As of this writing his songs have generated billions of digital streams.

Blake has been a coach on NBC's music competition show "The Voice" since 2011. In the early seasons, he earned a salary of $4 million per cycle. His current salary per cycle is $13 million.

Together with NBC, Shelton put together the "Healing in the Heartland: Relief Benefit Concert," which aired on May 29, 2013, to raise money for the victims of the Oklahoma tornado of May 20, 2013.

Shelton, throughout his career, has garnered many positive reviews from musicians, critics, and fans. Rolling Stone referred to him as "one of country music's biggest stars over the past decade." Shelton was made a member of the Grand Ole Opry in 2010 and was inducted into the Oklahoma Hall of Fame in 2014. Blake has received ten Country Music Association Awards, five Academy of Country Music Awards, and nine CMT Music Awards. He has also won eight American Country Awards, five People's Choice Awards, two American Music Awards, and a Billboard Music Award. For his outstanding achievement in country music and television, Shelton won the prestigious Gene Weed Special Achievement Award from the Academy of Country Music. He has been nominated for eight Grammy awards and also received the NATPE Reality Breakthrough Award for his work on "The Voice." In November 2017, Shelton was on the cover of People Magazine as the Sexiest Man Alive, becoming the first country artist to be featured on the infamous cover. 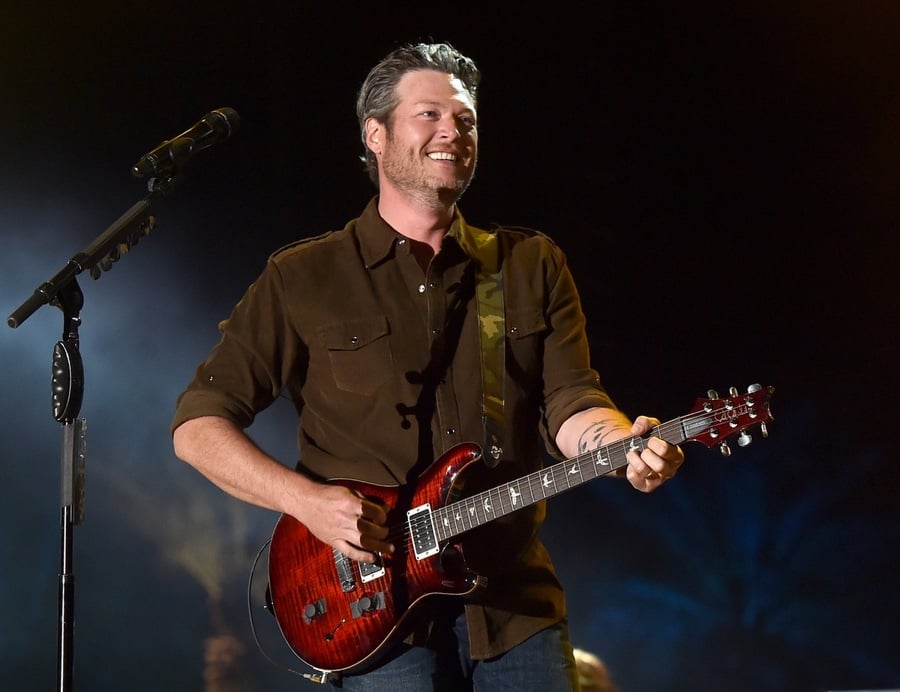 Blake Shelton owns a number of properties around the United States. In Texas he owns an enormous property called "Ten Points Ranch". In Oklahoma, he owns a 1,200-acre estate that features a Hawaiian-style mansion.

Blake was married to Kaynette Gern from 2003 to 2006. In 2010, after dating for 4 years, Blake married singer Miranda Lambert in May of 2011. They announced their divorce in July 2015. In September 2015 Blake began dating his Voice co-star Gwen Stefani. They split their time between Shelton's ranch home in Oklahoma and a house they purchased together in Los Angeles.

Shelton has been touched by personal tragedy in his life. His brother, Richie, died in 1990 as a result of a car crash. Shelton's father, Dick, died at age 71 in January 2012, following a period of declining health.

Shelton is a philanthropist who donated $20,000 to the Oklahoma Department of Wildlife Conservation in October 2013. In 2016, he donated $600,000 to the Jimmy Everest Center at the University of Oklahoma College of Medicine for children with blood cancer and blood disorders. Shelton has also donated to and raised funds for his home town of Tishomingo, Oklahoma. Shelton donated a portion of his merchandise sales to the MusiCares COVID-19 relief fund in March 2020. Blake donated $150,000 to the "Give from Home Day" fundraiser in April 2020, which raised funds to help feed hungry families during the pandemic.

According to our tracking, Blake has grossed at least $180 million from ticket sales, television salaries and merchandise since we began tracking his net worth in 2011.

He grosses $1 million per concert.

This was in the original article and I don't know if it's still factual or not, and not sure how to check it. Just a heads up!