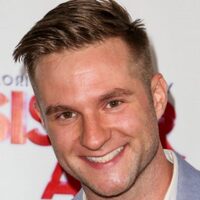 Blake Lewis net worth: Blake Lewis is an American singer-songwriter and beatboxer who was the runner-up on the sixth season of American Idol and has a net worth of $600 thousand. Blake Lewis earned his net worth as an American singer and songwriter. He comes from a musical family and his mother used to be in a rock band and continues to sing and play guitar. Singing since age 5, he performed with the Columbia Boys Choir in junior high and even toured Europe with the outfit. In high school, he participated in many high school state competitions. He also took part in numerous musicals, as well as comedy and rap videos with his friends. At 17 he took up beatboxing under the moniker BShorty, but he never abandoned his first love, honing his vocal skills in the a cappella group KickShaw, until American Idol put him in the national spotlight. His distinctive style won him early fan support, including a voting block calling themselves "the Blaker Girls."While being the last two contestants waiting for the results on May 2, on American Idol Lewis and Chris Richardson answered Ryan Seacrest's question about their close relationship, saying that they are best friends. In many of these videos, he portrayed his alter ego, Jimmie Walker Blue, the character he introduced during the semi-final round of American Idol. He scores better on the singles charts, proving to the whole world that he does own the "it" factor. He released his first solo album, "Audio Day Dream," in 2007 and followed up in 2009 with "Heartbreak on Vinyl." He claimed 311 as his all-time favorite band after his performance of "All Mixed Up". He had confessed his love of "underground hip hop, electronic music. Blake Lewis was born July 21, 1981, in Redmond, Washington. He is an only child and is of Welsh, Swiss, German and Irish descent.