Bjork Net Worth: Bjork is an Icelandic musician and producer who has a net worth of $40 million. She first rose to fame as the lead singer of the band the Sugarcubes. She started her solo career in the early '90s with her electronic dance music and jazz album, "Debut". Today, that album is considered to be one of the pioneers in the genre.

Early Life: She was born Bjork Guomundsdottir on November 21, 1965 in Reykjavik, Iceland, to her activist mother Hildur Runa Kauksdottir and union leader and electrician father Guðmundur Gunnarsson. Her parents split shortly after she was born and she moved with her mother to a commune. At age six, Bjork enrolled at the Reykjavík school Barnamúsíkskóli, where she studied classical piano and flute.

Career: After a school recital in which she sang Tina Charles' 1976 hit "I Love to Love," her teachers sent a recording of the performance to Iceland's (then) only radio station. It was broadcast nationally and after hearing it, a representative of the Falkinn record label offered young Bjork a recording contract. She recorded her self-titled debut album "Bjork" at age 11. It was released in December 1977. During her teens, she formed an all-girl punk band called Spit and Snot. A year later, she formed a jazz fusion group called Exodus. She then graduated from music school in 1982 and she and bassist Jakob Magnusson promptly formed another group, Tappi Tikarrass. Their album "Miranda" was released in December 1993. Around this time, Bjork was developing her signature vocal styles, punctuated by howls and shrieks. In 1986, Bjork gave birth to her first child and also scored her first acting role on "The Juniper Tree." Bjork was at that time involved with the band the Sugarcubes. They released their first English single, "Birthday," in the UK in August 1987. They then signed with Elektra Records in the U.S. and recorded their first album, "Life's Too Good," which was released in 1988. The album went on to sell more than 1 million copies worldwide. The Sugarcubes toured North America in late 1988 to positive reception and performed for the first time on Saturday Night Live. By 1990, Bjork had begun working on her solo projects. In 1992, she left the band and moved to London to pursue her solo career. The Sugarcubes split up shortly after.

After she moved to London, Bjork began working with producer Nellee Hooper (Massive Attack's producer, among many other big acts of the time) and together they produced Bjork's first international hit, "Human Behaviour," still arguably one of her most iconic songs. Through the power of MTV, its music video gained strong airtime and attracted her attention. Her first adult solo album, "Debut," was released in June 1993 to positive reviews. It was named album of the year by NME and eventually went platinum in the U.S. At the 1994 Brit Awards, she won for Best International Female and Best International Newcomer.  Her success led her to collaborate with many British artists on several one-off tracks. Her second solo studio album, "Post," was released in June 1995. The album was ranked number 7 in Spin Magazine's "Top 90 Albums of the '90s" list and number 75 in its "100 Greatest Albums, 1985–2005" list. "Post" eventually went platinum in the United States. In September 1996, Bjork's obsessed stalker fan Ricardo Lopez attempted to kill her by mailing a letter bomb to her London home. Lopez committed suicide after mailing the bomb.

After that, Bjork left London for a new life in Spain and recorded "Homogenic." In 1999, she was asked to write and produce the musical score for the film "Dancer in the Dark," directed by Lars von Trier. He eventually convinced her to play the main character in a starring role and she accepted. The film received the Palme d'Or, and Björk received the Best Actress Award for her role. "Selmasongs," the soundtrack Björk created for the film was released shortly after. The album features a duet with Thom Yorke of Radiohead titled "I've Seen It All", which was nominated for an Academy Award for Best Original Song and was performed at the 2001 Oscars (without Yorke), while Björk was wearing her iconic swan dress.

In 2001, she released "Vespertine" and subsequently embarked on the Vespertine World Tour. The shows were held in opera houses around the world and in theatres and she was accompanied by an Inuit choir. It was her fastest-selling album to date at that time, selling two million copies by the end of the year. The album spawned three hit singles, "Hidden Place," Pagan Poetry," and "Cocoon." In 2002, she released the CD box set "Family Tree" and "Greatest Hits." The new single from the set, "It's In Our Hands," was directed by Spike Jonze and featured a heavily pregnant Bjork, who gave birth to a daughter shortly after.

In August 2004, Bjork released Medulla, an entirely vocal-based album. It debuted at No. 14 and was at the time her highest-charting album in the U.S. Later that month, she performed the song "Oceania" at the Opening Ceremony of the 2004 Summer Olympics in Athens. During this era, she also earned another Brit Award. Björk's sixth full-length studio album, Volta, was released on 7 May 2007. Bjork went on to release "Vulnicura" in 2015 and "Utopia" in 2017. She has collaborated with hundreds of artists over the course of her sprawling career. She has performed in 11 world solo tours. She has been nominated for 14 Grammy Awards, an Academy Award, and two Golden Globes, though she's never won. Despite not winning those awards, Bjork has won four MTV Video Music Awards and four BRIT Awards. "Rolling Stone" magazine considers her among the top 100 greatest singers of all-time. 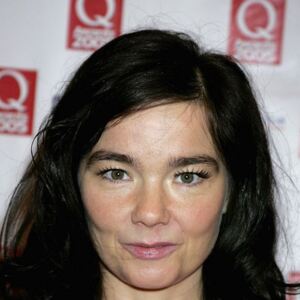