Bing Crosby net worth: Bing Crosby was an American singer, comedian, as well as an actor who had a net worth equal to $50 million at the time of his death, after adjusting for inflation. Crosby is perhaps best known for his singing performances, not to mention his film and TV appearances.

Early Life: Crosby was born on May 3, 1903 in Tacoma, Washington. His family soon moved to Spokane, Washington.

In 1917, Crosby took a summer job as a property boy for Spokane's "Auditorium". It was here where Crosby was exposed to some of the finest acts of his day, including Al Jolson, a performer who held a young Crosby spellbound with his adlibs and off-the-cuff parodies of certain Hawaiian songs. Crosby would later describe Jolson's delivery in one word, "electric". Crosby graduated from Gonzaga High School in 1920 and would subsequently enroll at nearby Gonzaga University. Crosby only attended Gonzaga for three years. The university would end up granting Crosby an honorary doctorate degree in 1937. Today, Gonzaga University has a large selection of Crosby memorabilia, including photographs, correspondence, and other materials.

Showbiz Career: Since his early career progressed during the era of technical recording innovations, it had the consequent impact on him to have a laid-back singing style. His singing style would influence many artists later in life.

He also had a tremendous impact on the development of the postwar recording industry. At that time, he was working for NBC and hence had a desire to record his shows despite the fact that broadcast networks would not permit recording. The problem was generated because the recording at the time lacked quality and was not on par with live broadcast sound quality.

Crosby would join ABC after leaving NBC since he found NBC uninterested in recording at the time. ABC was more interested in his new ideas. Hence, he pre-recorded his radio shows and mastered commercials onto magnetic tape for the first time ever in history.

For his role in the 1944 movie "Going My Way", he won an Academy award. He wouldn't receive a Grammy Award nomination until 1963.

Crosby's would go on to develop a vocal style that would help popularize singing beyond the simple "belting" that was at the time associated with the likes of Al Jolson and Billy Murray, performers who felt an obligation to project in order to reach those elusive back-row seats in vast New York theaters — all without the aid of microphones. Music critic Henry Pleasants noted in his book "The Great American Popular Singers", that something new was entering American music. This new style called "singing in American" was a style that had Crosby's marked conversational ease, which ended up being referred to as "crooning". 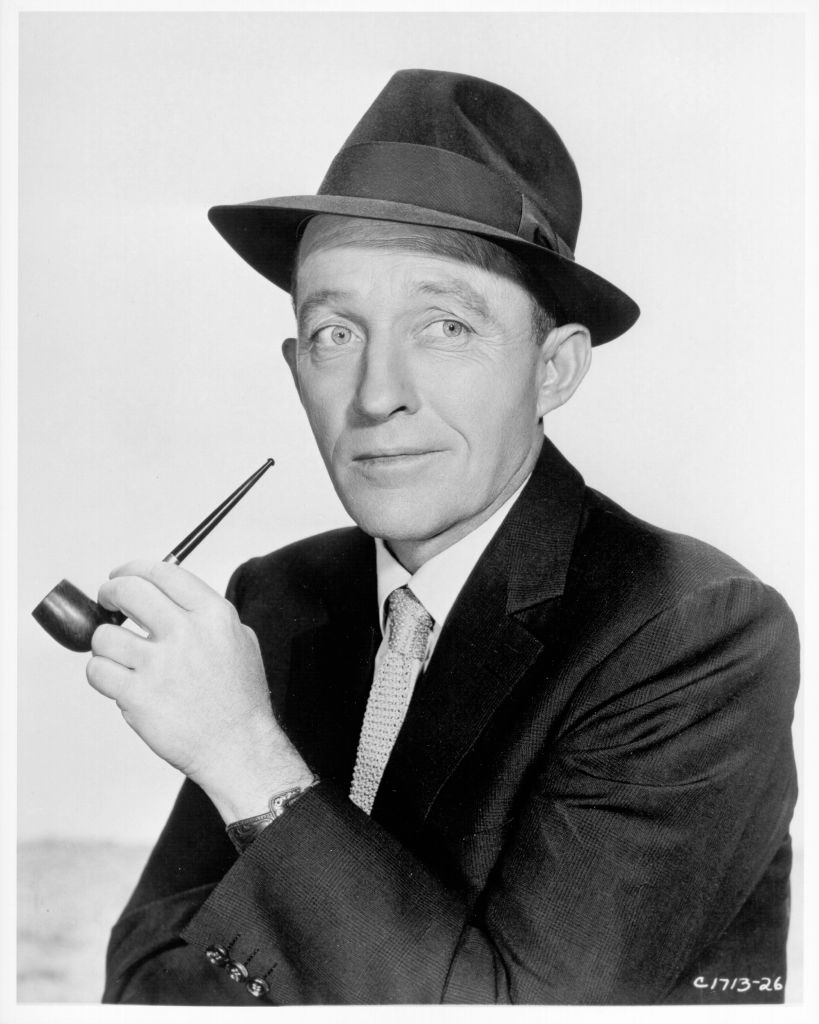 Crosby notably admired Louis Armstrong for this sort of musical ability. Trumpet maestro Armstrong would become a formative influence on Crosby's own singing style. In 1936, Crosby exercised an option in his Paramount contract that would enable him to regularly star in out-of-house projects. He'd signed an agreement with Columbia and arranged for Armstrong to appear in the project, which was initially called "The Peacock Feather" but was eventually be renamed to "Pennies from Heaven". Crosby, in many respects, was a forward-thinker. He demanded that Louis Armstrong receive equal billing alongside white co-stars. Armstrong would express his appreciation of Crosby's progressive attitude when it came to race, expressing gratitude for this later down the road.

During the WWII years, Crosby would go on to make live appearances for American troops. There, he garnered the nickname "Der Bingle", which was actually quite common among Crosby's German listeners. In a poll that was given to the U.S. troops at the close of the war, soldiers avidly ranked Crosby as the most positive influence in boosting G.I. morale, which would put him ahead of FDR, General Dwight Eisenhower, and even Bob Hope.

Crosby would go on to appear in "Road to Singapore" (1940), "Road to Zanzibar", as well as several additional "Road to" films alongside Bob Hope. Crosby would end up winning an Academy Award for Best Actor for "Going My Way" (1944), as well as an Oscar nomination for its 1945 sequel, called "The Bells of St. Mary's".

White Christmas: Bing starred in the 1954 Christmas movie "White Christmas". The title song of the movie would go on to become one of the most-played songs in recording history. Crosby's version is one of the bestselling songs in history with over 100 million copies sold worldwide. The songwriter Irving Berlin earned approximately $65 million from that one song alone. Crosby and his heirs have earned tens of millions for a track that was named the bestselling single of all time by the Guinness Book of World Records.

Personal Life and Death: Crosby lived a most celebrated life in the public eye. In 1977, while he was playing golf with his friends, Crosby collapsed, dying instantly from a heart attack.

Legacy: Crosby is a celebrated member of the National Association of Broadcasters Hall of Fame. The former Metropolitan Theater of Performing Arts ('The Met') would be renamed "The Bing Crosby Theater" in 2006. Crosby's name would also be used for the Bing Crosby Stadium in Front Royal, Virginia — in honor of his fundraising efforts. 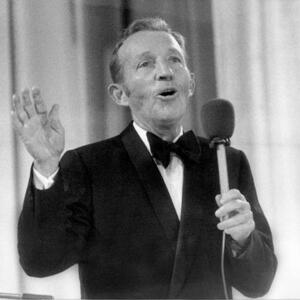