Billy Gilman Net Worth: Billy Gilman is an American country music artist who has a net worth of $4 million. Billy Gilman was born in Westerly, Rhode Island in May 1988. Gilman debuted at 11 years old with the single "One Voice" and became the youngest singer to have a Top 40 hit on the Billboard country music charts. His debut studio album One Voice was released in 2000 on Epic Nashville and was certified 2x Platinum in the United States. The album reached #2 on the US Country and #22 on the Billboard 200 charts. His single "Oklahoma" also charted on the Billboard Hot 100 and US Country charts. Gilman's second album Dare to Dream was released in 2011 and was certified Gold and charted on the US Country and Billboard 200 charts. The album featured the singles "She's My Girl" and "Elisabeth" which both charted on the US country charts. Gilman has released five studio albums as well as a successful Christmas album in 2000 that was certified Gold. He was nominated for a Grammy Award for Best Male Country Vocal performance and hosted the 2014 Artists Music Guild's AMG Heritage Awards. Gilman is a celebrity ambassador for the Muscular Dystrophy Association. In November 2014 he came out as gay in a YouTube video. 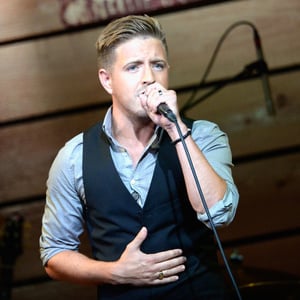