Bill Hudson net worth: Bill Hudson is an American musician and actor who has a net worth of $5 million. Bill Hudson was born in Portland, Oregon in October 1949. Hudson is best known for being part of the band The Hudson Brothers. As an actor he starred in the movies Zero to Sixty and Hysterical, and Big Shots and had a recurring role as Michael Plenn in the television series Doogie Howser, M.D. from 1989 to 1992. Bill was married to actress Goldie Hawn from 1976 to 1980 and actress Cindy Williams from 1982 to 2000. Bill is the father of actress Kate Hudson. His memoir Two Versions: The other side of fame and family was released in 2011. Hudson was part of The Hudson Brothers with his brothers Brett and Mark Hudson. The group was active from 1965 to 1981. Their best known songs include "So You Are a Star", "Rendezvous", "Lonely School Year", and "Help Wanted". The brothers starred in The Hudson Brothers Show on CBS in 1974 and The Hudson Brothers Razzle Dazzle Show on CBS from 1974 to 1975. They also starred in the television series Bonkers! in 1978.

On Father's day in June 2015, Bill's son Oliver (Kate's sister), posted a childhood photo of Bill, Oliver and Kate with the caption "Happy Abandonment Day!". A few weeks later, Bill announced to the media that Kate and Oliver were "dead to him". In 2018 Oliver told Larry King that he and Bill were speaking again after being estranged for many years. 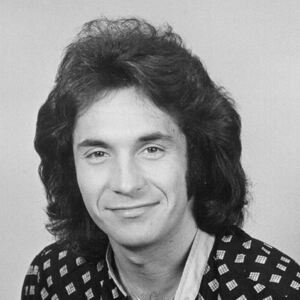