Big Kenny Net Worth: Big Kenny is an American country music singer who has a net worth of $6 million. Big Kenny was born in Culpeper, Virginia in November 1963. Kenny is best known for being part of the country music duo Big & Rich with John Rich.

Before joining up with Rich Big Kenny recorded the solo studio album Live a Little on Hollywood Records in 1999. The album was not released until 2005. Kenny was also part of the band luvjOi. Kenny has written or co-written many of Big & Rich's songs and has also written songs for artists such as Tim McGraw, Jason Aldean, Gretchen Wilson, and McBride & the Ride. As a solo artist he also released the albums The Quiet Times of a Rock and Roll Farm Boy in 2009 and Big Kenny's Love Everybody Traveling Musical Medicine Show Mix Tape, Vol. 1 in 2010. Big & Rich released their debut studio album Horse of a Different Color in 2004 and the album contained four straight Top 40 country hits including "Save a Horse (Ride a Cowboy)". The album also reached #1 on the US Country chart and #6 on the Billboard 200 chart and was certified 3x Platinum. Their 2005 album Comin' To Your City and 2007 album Between Raising Hell and Amazing Grace also reached the Top 10 on both charts. Big & Rich released the albums Hillbilly Jedi in 2012 and Gravity in 2014. Their other popular singles include "Comin' to Your City", "Lost in This Moment", and "Look at You". Big & Rich have been nominated for awards at the CMA Awards, ACM Awards, and CMT Music Awards. 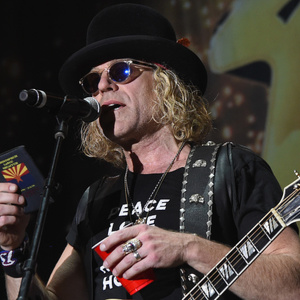