Bette Midler Net Worth: Bette Midler is an iconic American singer, actress, and writer who has a net worth of $250 million. Also known as "The Divine Miss M," Midler is known for her work on stage and screen, which has earned her numerous awards, including two Tonys, three Primetime Emmys, and three Grammys. Bette has released 14 studio albums (selling more than 30 million copies) and has more than 50 acting credits to her name, starring in films such as "The Rose" (1979), "Beaches" (1988), and "The First Wives Club" (1996). Midler also stars on Ryan Murphy's Netflix series "The Politician" (2019–present), which earned her an Emmy nomination, and she wrote the books "A View from A Broad" (1980), "The Saga of Baby Divine" (1983), and "The Tale of the Mandarin Duck: A Modern Fable" (set to be released in 2021). From 2017 to 2018, Bette played Dolly Gallagher Levi in "Hello, Dolly" on Broadway and won a Tony for her performance.

Early Life: Bette Midler was born Bette Davis Midler on December 1, 1945, in Honolulu, Hawaii. She grew up in a Jewish household with mother Ruth (a seamstress), father Fred (who worked as a painter at a Navy base), and sisters Susan and Judy. Bette attended Radford High School, where she was voted "Most Dramatic" and "Most Talkative." After graduating in 1963, she studied drama at the University of Hawaii at Manoa, but she dropped out after three semesters and soon found extra work in the 1966 film "Hawaii," appearing as a seasick passenger.

Career: Midler moved to New York City in mid-1965 and began studying with Uta Hagen at HB Studio. Later that year, Bette appeared in the Off-Off-Broadway plays "Miss Nefertiti Regrets" and "Cinderella Revisited," and by 1966, she was on Broadway, playing Tzeitel in "Fiddler on the Roof." She stayed with the production until 1969, then joined the cast of the Off-Broadway musical "Salvation" and started performing at a gay bathhouse, Continental Baths, with piano accompaniment from Barry Manilow. Manilow produced Midler's debut album, 1972's "The Divine Miss M," which went Platinum in the U.S. and Canada. Bette went on to release 13 more studio albums and four soundtracks, including the 3× Platinum "Beaches" soundtrack and the 2× Platinum soundtrack for "The Rose." In the early 1970s, Bette starred in a production of the Who's "Tommy" and made her first appearance on "The Tonight Show Starring Johnny Carson." Midler ended up being a frequent guest, with more than 25 appearances, and she was Carson's last guest when he retired in 1992.

In 1979, Bette played the lead role in "The Rose," which earned her a Best Actress Academy Award nomination and a Golden Globe; the soundtrack's title song went Gold and earned her a Grammy. In 1985, Midler took part in the recording of "We Are the World," performed at Live Aid, and signed a deal with Walt Disney Studios. In 1988, she starred in "Beaches," which she also produced, and the soundtrack (her best-selling album) earned her another Grammy. In 1992, Bette starred in the "For the Boys" and received her second Oscar nomination. The following year, she co-starred with Kathy Najimy and Sarah Jessica Parker in Disney's "Hocus Pocus" (which would become a cult classic), and played Mama Rose in a made-for-television version of "Gypsy." Midler then co-starred with Goldie Hawn and Diane Keaton in 1996's "The First Wives Club" and got her own sitcom, "Bette," which aired on CBS from 2000 to 2001; she also served as an executive producer on the series. Midler has also starred in the TV specials "Bette Midler in Concert: Diva Las Vegas" (1997), "Bette Midler: The Showgirl Must Go On" (2010), and "Bette Midler: One Night Only" (2014). In more recent years, Bette appeared in the films "The Stepford Wives" (2004), "The Women" (2008), and "Parental Guidance" (2012), and she voiced Grandmama in the 2020 computer-animated movie "The Addams Family." 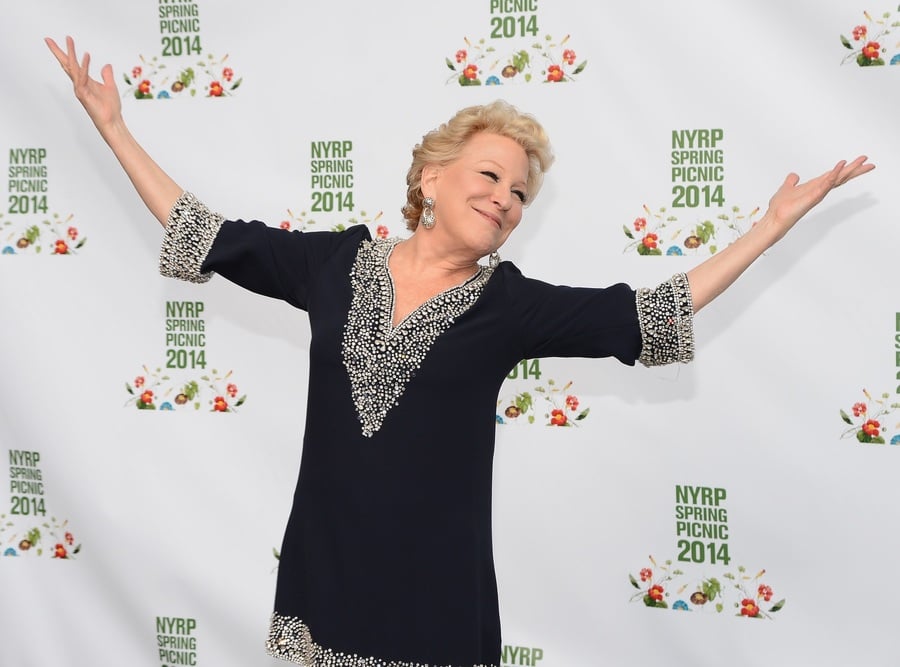 Personal Life: Bette married artist Martin von Haselberg in Las Vegas on December 16, 1984, and they welcomed daughter Sophie on November 14, 1986; Sophie followed in her mother's footsteps and became an actress. Midler is known for her philanthropy, and she established a non-profit organization called the New York Restoration Project in 1995. She began sponsoring Adopt-a-Highway in 1991, and she founded programs to help wounded service members in 2001. Bette has been performing for the troops on USO tours since the 1990 Gulf War, and she has been known to visit military bases to serve soldiers meals before their deployment.

Awards and Honors: Midler has been nominated for 14 Grammys, winning the Best New Artist award in 1973, Best Pop Vocal Performance, Female for "The Rose" in 1980, and Record of the Year for "Wind Beneath My Wings" in 1989. In 1974, she received a Special Tony Award for Adding Lustre to the Broadway Season, and she won the Lead Actress – Musical award for "Hello, Dolly!" in 2017. Bette won two Golden Globes for "The Rose" in 1980, then she won for "For the Boys" in 1992 and "Gypsy" in 1994. She won her first Primetime Emmy in 1978, for "Bette Midler: Ol' Red Hair Is Back," and she won again for "The Tonight Show Starring Johnny Carson" in 1992 and "Bette Midler in Concert: Diva Las Vegas" in 1997. Midler has earned eight American Comedy Awards, including Funniest Female Performer of the Year and the Lifetime Achievement Award in Comedy. Bette has also been honored by the People's Choice Awards, TV Guide Awards, and Women in Film Crystal Awards, and she was named the Hasty Pudding Theatricals Woman of the Year in 1976 and the ShoWest Convention's Female Star of the Year in 1988. Bette received a star on the Hollywood Walk of Fame for Recording in 1985.

Real Estate: For many years, Bette and Martin's primary residence has been a large triplex apartment on Fifth Avenue in New York City. They bought the 7,000 square foot property in 1996 (it also has 3,000 square feet of outdoor space). The penthouse apartment is a combination of two units and occupies the top three floors of the building. The couple spent two years remodeling and connecting the units soon after purchasing it. In September 2019, Midler put the 14-room apartment on the market for $50 million, saying "It's time for another family to enjoy it." Bette also owns a number of properties in Hawaii, most notably a 38+ acre property on the island of Kauai that she purchased in 1988 for $1.5 million. She owns another 58,000 square foot property nearby. 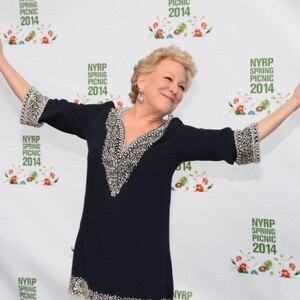