Beto Cuevas Net Worth: Beto Cuevas is a Chilean-Canadian singer, record producer, plastic artist, painter and actor who has a net worth of $10 million. Luis Alberto Cuevas Olmedo (aka Beto Cuevas) was born September 12, 1967 in Santiago, Chile. He is best known as the lead singer for Chilean band La Ley.

Beto Cuevas met La Ley drummer Mauricio Clavería in 1988 during a trip to Concón, Chile. Clavería invited Beto to join the band, which had just suffered the departure of two founding members, Iván Delgado and Shía Arbulú. Cuevas made his debut as La Ley's singer on the first album, Desiertos, and quickly became the voice of the band. La Ley soon released their second album, Doble Opuesto. In the band's early years, bandleader and founder Andrés Bobe did most of the writing of the music and Cuevas contributed to lyrics. After the passing of Andrés Bobe, the band made a musical shift and succeeded all over Latin America. In 2005, Beto Cuevas, Pedro Frugone and Mauricio Clavería decided to take a break from La Ley. In 2008, Beto Cuevas launched his solo career with the release of his album Miedo Escenico. In 2012, he released his second album called Transformación. Though he was born in Chile, Beto Cuevas grew up in Montreal, Quebec. He is fluent in French, English and Spanish and continues to pursue a solo career. His family moved to Montreal, Canada-escaping Augusto Pinochet's dictatorship-and as a result Cuevas also holds a Canadian passport. In 2002, he married model Estela Mora, but they soon separated. He has two children: Martina (from Estela Mora's first marriage in Argentina) and Diego (1992). He was also romantically linked to actress Bárbara Mori for about a year in 2010. 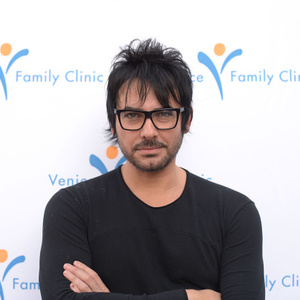