Beth Ditto net worth: Beth Ditto is an American singer, musician, and songwriter who has a net worth of $3 million. Beth Ditto was born in Searcy, Arkansas in February 1981. She is best known for being the lead vocalist and pianist of the indie rock band Gossip. Ditto has been compared to Janis Joplin, Etta James, and Tina Turner, and has referred to herself as a "fat, feminist lesbian from Arkansas".

The band Gossip formed in 1999 in Olympia, Washington. The band released their debut studio album That's Not What I Heard in 2001 and their follow-up album Movement in 2003. Gossip's third studio album Standing in the Way of Control was released in 2006 and was certified Gold. Their album Music for Men was released in 2009 and reached the Top 10 in Austria, France and Germany. Their latest album A Joyful Noise was released in 2011 and reached #1 in Switzerland. Gossip has had success with their singles "Heavy Cross", "Perfect World", and "Move in the Right Direction". Beth was married to her girlfriend Kristin Ogata in 2014. She has also authored the book Coal to Diamonds: A Memoir. 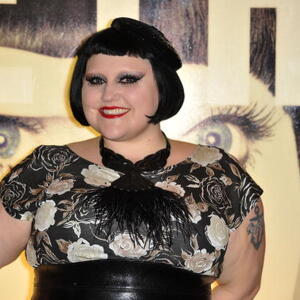