What is Bernie Taupin's Net Worth?

Bernie Taupin is a prolific English singer, songwriter, poet and lyricist. Bernie Taupin has a net worth of $200 million. Taupin is best known for his multi-decade collaboration with Elton John, for whom he wrote numerous songs. Most of Elton John's most memorable hits were written by Bernie. His connection with John was first established in 1967 when both men answered an ad seeking new songwriters.

They two made a good team. Elton John was capable of writing excellent music, but his songwriting abilities were lacking. Taupin was the complete opposite. Together, they realized that they could achieve great things. After a long and successful career together, both Taupin and John were inducted into the Songwriters Hall of Fame in 1992.

Bernie has been described as the lyrical translator of Elton's moods, memories and fantasies. Despite not being a gay man himself, Bernie has been able to tap into a wide range of Elton's emotions over the decades when he was both in and out of the closet. Bernie famously HATES the song "Don't Go Breakin My Heart", which he wrote. And then the song became the biggest single the duo ever had in Europe. For "Your Song" Bernie wrote some lyrics down on a piece of paper then went to brush his teeth. By the time he came back, Elton had written the melody to what would become their first big hit in the United States. Bernie calls his decades-long relationship with Elton a "non sexual love affair".

Bernard John Taupin was born on May 22nd of 1950 in Sleaford, Lincolnshire, England. Raised in a farmhouse with no electricty by a family with French roots, Bernie eventually relocated with his parents to another farmhouse which did have access to electricity. Taupin grew up alongside two brothers and soon proved that he was not as academically gifted as his siblings. However, he showed a talent for creative writing at a young age.

At the age of 15, he worked as a trainee at a local newspaper. However, he quickly left this job and  started hitchhiking around the country with his friends. He drank heavily, attended dances, and played snooker. After scraping together an income from various part-time jobs, he answered a fateful advertivsement in a newspaper…

The advertisement was for an audition with Liberty Records, which was seeking new talent. Bernie failed the audition, as did a completely unknown artist at the time named Elton John. After being rejected, John was able to see the poems written by Bernie. After becoming anamored with Taupin's writing, John connected with the lyricist. The pair immediately began making music together.

Over the years, Taupin and John collaborated on more than 30 albums. In 1977, John and Taupin parted ways briefly, allowing Bernie to work with a range of other artists. These included Alice Cooper. By 1980, the pair had started working together once again. Taupin is also known for writing the lyrics for a number of films, including "Aida," 1994's "The Lion King," and "Billy Elliot." He also wrote the screenplay for "Rocketman," the Elton John biopic.

In total, Taupin wrote almost too many Elton John hits to list. These include well-knwon songs like "Rocket Man,""Saturday Night's Alright for Fighting," "Bennie and the Jets," and "Goodbye Yellow Brick Road." Hits continued throughout the 80s and the 90s, including "Sad Songs," "Simple Life," and "Believe." 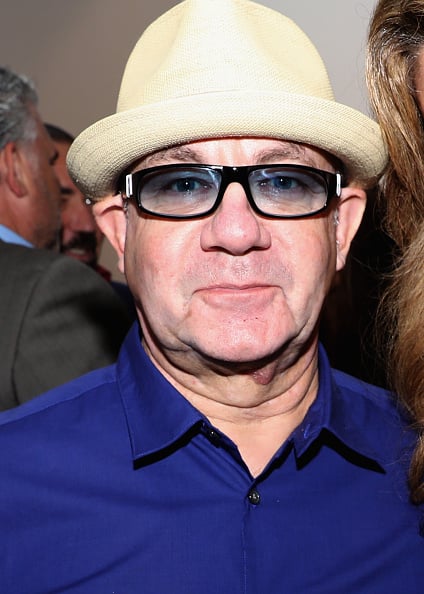 In 1991, the documentary "Two Rooms" highlighted the collaboration style between the two artists. Taupin wrote the lyrics and gave them to John, who composed music to the words. There was no further interaction between the two artists, especially during the early days oftheir collaboration. However, Elton and Bernie collaborated more closely as the years went by. Another film entitled "Rocketman" also highlighted the relationship between John and Taupin, and the pair won an Academy Award for the movie's song, "(I'm Gonna) Love Me Again."In addition to music, Bernie and Elton have collaborated on a number of Broadway musicals.

Throughout the years, Bernie has worked with a vast number of other artists. He is especially well known for his work with bands like Starship and Heart. Taupin is also a producer, having produced the album "American Gothic" for David Ackles. This album was later hailed as the "Sgt. Pepper of Folk Music."

As a solo artist, Taupin first recorded spoken-word albums such as "Taupin" in the early 70s. He then released his first album as a singer, entitled "He Who Rides the Tiger." In 1996, Bernie created his own band called Farm Dogs. In addition, Bernie is an accomplished visual artist who has been displaying his artwork since 2010. His artwork has been displayed across the United States and Canada.

Bernie Taupin has been married a total of four times throughout his life. His first wife was Maxine Feibelman, whom he married in 1971. Taupin's relationship with Feibelman, which eventually ended in divorce by 1976, influenced many of Elton John's songs. By 1979, Bernie had remarried Toni Lynn Russo, the sister of well-known actress Rene Russo. That marriage also ended in divorce by 1991.

By 1993, Taupin remarried for a third time, this time to Stephanie Haymes Roven, the daughter of well-known entertainers Dick Haymes and Fran Jeffries. This third marriage ended in divorce after five years, in 1998. In 2004, he married Heather Kidd. Kidd and Taupin have two children together, and the family lives in Santa Barbara County, California.

In 2017, it was reported that Taupin was selling a ranch in the Santa Ynez Valley with a listed price of $4.7 million. The 30-acre ranch was originally purchased decades ago, and Bernie attempted to sell it for $5.95 million in 2016. After attracting no potential buyers, he cut the price and re-listed the ranch. The main house features five bedrooms, and there are separate spaces for a studio and an office. Bernie is famously fond of horses, and the residence features a "cavernous equestrian center" with an arena and stables.

Despite his love of horses, reports later stated that Taupin "no longer rides horses," and this was part of the reason he chose to sell. Additional highlights include a pizza oven, a pool, a pond, and outdoor riding rings.