Benjamin Bronfman net worth: Benjamin Bronfman is an environmentalist, entrepreneur and musician who has net worth of $100 million dollars. Born in New York, New York, Benjamin Bronfman spent his early childhood in London, and then returned to the US with his family in the mid-80s. He attended Emerson College, majoring in Politics and Law, but did not complete his studies. He was the guitarist for the group, The Exit, in the early 2000s. After the group disbanded in 2007, he started his own environmentally conscious record label called, Green Owl. He also began developing environmental initiatives and working with designers, engineers, and other groups who were innovating within the realm of sustainability and environmentally sound practices. He is currently the Strategic Advisor for Global Thermostat, an environmental science organization that is working to reduce the amount of carbon dioxide in the atmosphere. He is also an advisor and principal member of Algae Systems, LLC, a bio-fuel company that uses waste water to create bio-fuel. 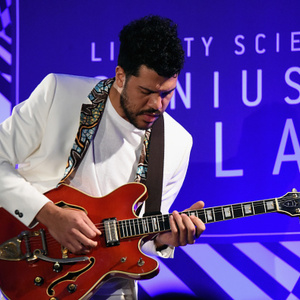