Ben Taylor net worth: Ben Taylor is an American musician and actor who has a net worth of $4 million. Ben Taylor was born in January 1977. He is the son of James Taylor and Carly Simon.

His musical styles include folk, rock, pop, and funk. Taylor is a musician, songwriter, producer, engineer, drum programmer, and actor who also plays guitar and piano. Ben Taylor released his debut studio album Famous Among the Barns in 2003. He has also released the albums Another Run Around the Sun in 2005, The Legend of Kung Folk in 2008, and Listening in 2012. As an actor Taylor is best known for starring on the television series Always and Everyone as James Da Costa from 2000 to 2002 and on the TV series American Dreams as Cal Cooper in 2004. Ben Taylor has trained in many martial arts including Brazilian jiu-jitsu under Renzo Gracie. His sister Sally Taylor is also a musician. 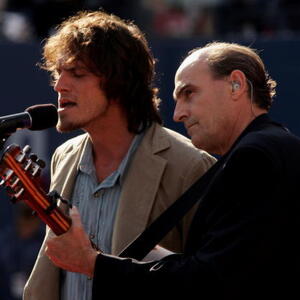