Ben Platt net worth: Ben Platt is an American actor, singer, and songwriter who has a net worth of $3 million. Ben Platt was born in Los Angeles, California in September 1993. As an actor he is best known for starring as Benji in the movies Pitch Perfect in 2012 and Pitch Perfect 2 in 2015. Platt made his debut when he appeared in the film Red Riding Hood in 2006. He has also appeared in the films Ricki and the Flash, Billy Lynn's Long Halftime Walk, The Female Brain, Drunk Parents, and Run This Town.

As a singer his musical styles include Broadway and pop. Ben Platt released his debut studio album Sing to Me Instead in 2019 and the album reached #18 on the Billboard 200 chart and #32 in Canada. He was featured on the soundtrack album Dear Evan Hansen (Original Broadway Cast Recording) in 2017 which reached #1 on the US Cast Albums chart and #8 on the Billboard 200. He also played the title role of Evan Hansen in the original Broadway cast. Platt's single "Found/Tonight" (with Lin-Manuel Miranda) reached #1 on the US Digital chart and his single "Waving Through a Window" reached #1 on the US Dance chart. In 2018 he won a Grammy Award and a Daytime Emmy Award. In 2019 Ben starred in the Netflix series "The Politician". 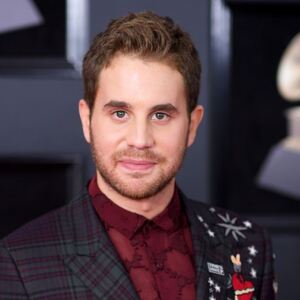