What Is Ben Harper's Net Worth?

Ben Harper was born Benjamin Charles Harper on October 28, 1969, in Pomona, California. He is the son of Ellen Harper Verdries and the late Leonard Harper. Ben's mother is Jewish, and his father's ancestry was African-American and Cherokee. Ellen and Leonard divorced when Ben was 5 years old, and he and his brothers, Peter and Joel, grew up with Ellen's family. Harper's maternal grandparents owned the Folk Music Center and Museum, and Ben began learning to play guitar as a child. Harper performed his first gig at just 12 years old, and he started playing slide guitar as a teenager.

After being invited to tour with Taj Mahal, Ben performed on the blues musician's 1990 album "Follow the Drinking Gourd." Harper recorded the limited-edition record "Pleasure and Pain" with Tom Freund in 1992, then Virgin Records signed him to a lifetime record deal. He released his debut studio album, "Welcome to the Cruel World," on February 8, 1994, and it reached #11 on the French charts and was certified Gold in Canada, Australia, and the U.S. and Platinum in France. Ben's follow-up, 1995's "Fight for Your Mind," reached #7 on the New Zealand charts and went Platinum in Canada and Gold in the U.S. and France. He released the 1996 EP "Ben Harper Tour EP," followed by the albums "The Will to Live" (1997) and "Burn to Shine" (1999). "The Will to Live" went Gold in France and Australia, and "Burn to Shine" was certified Platinum in Australia, New Zealand, and France. "Burn to Shine" featured the single "Steal My Kisses," which reached #1 on the "Billboard" Adult Alternative Airplay chart and #15 on the Adult Top 40 chart. Ben's fifth album, 2003's "Diamonds on the Inside," went 2x Platinum in Australia and New Zealand, and it reached #1 in Italy, #2 In Australia, France, and New Zealand, and #3 in Switzerland. In 2004, he performed on Toots and the Maytals' Grammy-winning album "True Love," and he appeared with the band when they performed on "Saturday Night Live." That year Harper also released the album "There Will Be a Light" with The Blind Boys of Alabama, and it reached #1 in France and Italy. 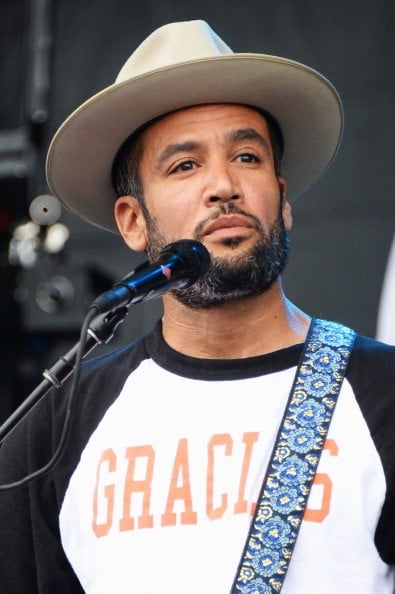 Ben's 2006 double album, "Both Sides of the Gun," went Platinum in Australia, New Zealand, and France and reached #1 in Australia, Italy, and New Zealand. In 2007, Ben Harper & the Innocent Criminals released the album "Lifeline," which hit #1 in France, Italy, and Switzerland, then Ben Harper and Relentless7 released the 2009 album "White Lies for Dark Times." Around this time, Ben also collaborated on the song "Boa Sorte/Good Luck" with Vanessa da Mata, and it won a Prêmio Multishow for Best Song. In 2010, he formed the band Fistful of Mercy with Joseph Arthur and George Harrison's son, Dhani, and they released the album "As I Call You Down" later that year. Harper then released the album "Give Till It's Gone" (2011) and collaborated with Charlie Musselwhite on 2013's "Get Up!" and 2018's "No Mercy in This Land" and with his mother, Ellen, on 2014's "Childhood Home." Ben Harper & The Innocent Criminals reunited for 2016's "Call It What It Is," then Ben released the 2020 instrumental album "Winter Is For Lovers" and 2022's "Bloodline Maintenance." Harper also co-produced Natalie Maines' 2013 album "Mother" and wrote and produced all 11 tracks on the 2019 Mavis Staples album "We Get By."

Harper has been married three times. His first marriage was to a woman named Joanna, and they were married in 1996. They had two children, son Charles and daughter Harris, before divorcing in June 2001.

In the fall of 2000, Ben met actress Laura Dern at one of his concerts, and they announced their engagement in August 2004. Harper and Dern welcomed son Ellery in August 2001 and daughter Jaya in November 2004. Ben and Laura wed on December 23, 2005. Harper filed for divorce in October 2010 due to irreconcilable differences. Though the couple briefly reconciled, Dern put the divorce back in motion in July 2012, and it was finalized in September 2013.

Ben then married social advocate Jaclyn Matfus on New Year's Day in 2015, and they have a son named Besso (born June 2017).

Harper enjoys skateboarding, and he co-owns the Roller Horror skateboarding brand with pro skateboarder Mike York. Ben has supported nonprofit organizations such as Little Kids Rock and New Light India, and in 2016, he performed an acoustic concert to benefit New Light India's "Boys Home Project." He has also contributed songs to the benefit albums "For The Lady" (2004) and "Songs for Tibet" (2008).

Harper has earned seven Grammy nominations, winning Best Pop Instrumental Performance for "11th Commandment" and Best Traditional Soul Gospel Album for "There Will Be A Light" in 2005 and Best Blues Album for "Get Up!" in 2014. His other nominations were for Best Gospel Performance for "There Will Be A Light" (2005), Best Pop Instrumental Performance for "Paris Sunrise #7" (2008), Best Music Film for "I'm in I'm Out and I'm Gone: The Making of Get Up!" (2014), and Best Traditional Blues Album for "No Mercy in This Land" (2019). In 2003, the French version of "Rolling Stone" named Ben Artist of the Year, and in 2019, Harper and Charlie Musselwhite won a Blues Music Award for Song of the Year for "Mercy in This Land."

In 2006, Harper and Dern paid $5.5 million for a 3,836 square foot home in Los Angeles. They purchased the five-bedroom, four-bathroom home from actress Lori Loughlin. That same year Ben sold a home he had previously owned on his own in the Hollywood Hills for $2.45 million.