Belinda Peregrin Net Worth: Belinda Peregrin is a Spanish-born Mexican singer-songwriter and actress who has a net worth of $10 million. Belinda Peregrin Schull was born in Madrid, Spain in August 1989. Her family moved to Mexico City when she was four years old. As a child she showed a passion for acting, singing, and writing. When she was 10 years old she appeared in the telenovela !Amigos x Siempre! (Friends Forever). She was also featured on the soudntrack. She starred in the telenovela Aventuras en el Tiemp in 2001 and she also was featured on the soundtrack. In 2002 Peregrin played twins in Complices al rescate. She went on tour with the cast and performed more than 160 live shows. She also recorded for the series and earned a Latin Grammy nomination. In 2003 Peregrin released her self-titled debut studio album Belinda. The album sold more than 2.5 million copies around the world. She had top ten hits with the singles "Boba Nina Nice", "Lo Siento", "Vivir", and "Angel". In 2005 Belinda teamed up with Mexican band Moderatto for the song "Muriendo Lento" which hit #1 in Mexico. In 2006 she starred as Marisol Duran in the TV movie The Cheetah Girls 2. The movie was watched by more than eight million people and Belinda sang four songs for the soundtrack. Her 2006 album Utopia hit #1 on the Mexican charts and sold over a million copies. She released Carpe Diem in 2010 and Catarsis in 2013, which hit #1 in Mexico and was certified 2x Platinum. In 2009 she starred in the TV series Camaleones. She has sold over 12 million records worldwide and is the third best-selling Mexican artist in the U.S. 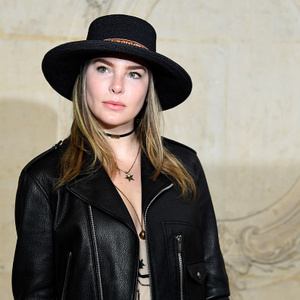