Becca Tobin net worth: Becca Tobin is an American actress/singer/dancer who has a net worth of $3 million dollars. Becca Tobin was born on January 18, 1986 in Marietta, Georgia. Her most recent role as the villain-turned redeeming-character Kitty Wilde in the TV series Glee (on Fox television) keeps fans on pins and needles as her onscreen boyfriend Artie Abrams (actor Kevin McHale) heads for New York City in Season 6.

In an interesting side note, Tobin moved to New York at the tender age of eighteen, where she worked on Broadway as an understudy for the role of Sherrie, as well as a performer and offstage voice, for Rock of Ages. Her other theater accomplishments include ensemble roles in West Side Story, High School Musical and Oklahoma! Her television credits include an episode of Wiener & Wiener, Watch What Happens: Live, and Master Chef. She also toured with the Trans-Siberian Orchestra in 2011. Tobin was nominated for a Teen Choice Award (as 'Choice TV Villain') for Glee and also won a Taste Award in the category of Great Taste Prize: Hollywood Tastemaker in 2013. She also appeared in the May 2013 issue of Maxim magazine and was chosen, along with costars Jacob Artist, Melissa Benoist and Dean Geyer, to be an ambassador for an emerging Coca Cola product called Coke Mismo. In an interview with Celebuzz, Tobin says she loves country music, particularly Miranda Lambert. Her (musical) guilty pleasure is Taylor Swift's 'I Knew You Were Trouble.' 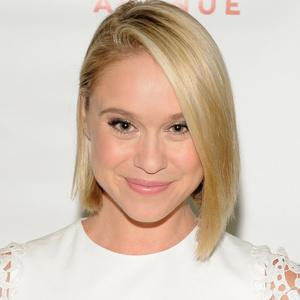