BeBe Winans Net Worth: BeBe Winans is an American gospel and R&B singer who has a net worth of $4.5 million. BeBe Winans has earned his net worth with his talent as singer, songwriter, producer and actor.

Born Benjamin Winans on September 17, 1962, in Detroit, Michigan, he made a name for himself in the world of gospel music via his albums, first with his sister CeCe Winans and then as a solo artist. Actually, most of the family members of the noted Winans family members are gospel singers, out of whom BeBe and CeCe have been enjoying crossover success. The hit-making duo recorded five albums including Heaven, Different Lifestyles, First Christmas and Relationships. Two of the releases went gold, one went platinum, and their work together earned them several R&B and gospel awards. It was in 1989, when BeBe's contribution to 'Abundant Life' (a track on his brother Ronald's Family & Friends Choir) fetched him a Grammy for Best Soul Gospel Performance, Male. He also made contributions as a producer to the Grammy-winning soundtrack for the blockbusting Whitney Houston /Kevin Costner movie The Bodyguard. Then production work for Gladys Knight, Bobby Brown and Stephanie Mills followed, while his recording career with his sister was put on hold. After he starred along with Millis in a 1996 run of Your Arms Too Short To Box With God, BeBe finally made his long-awaited return to recording with his solo debut in 1997. Since, he has released a string of solo albums each capturing the modern soul market in its own way. In addition, he collaborated with numerous artists, including with Hezekiah Walker's Love Fellowship Crusade Choir on 'Oh Happy Day'. Later, he also appeared in the touring show of the Broadway musical The Civil War, as well as made a cameo appearance in the 2004 remake of The Manchurian Candidate. A great gospel singer and as he is, BeBe Winans was invited to participate in the remake of We Are The World to benefit Haiti after the 2010 earthquake. 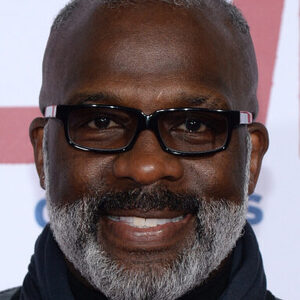