Bebe Rexha net worth: Bebe Rexha is an American singer, songwriter, and record producer who has a net worth of $5 million. Her musical styles include pop and R&B. Rexha's single "Me, Myself & I" (with G-Eazy) reached the Top 10 in the US, Canada, Denmark, Germany, New Zealand, and Sweden. Her single "In the Name of Love" (with Martin Garrix) reached the Top 10 in Australia, Denmark, Italy, New Zealand, Sweden, and the UK. Rexha has been featured on several other singles including "Hey Mama" by David Guetta featuring Nicki Minaj and Afrojack which reached #1 on the US Dance chart and "That's How You Know" by Nico & Vinz featuring Kid Ink and "Take Me Home" by Cash Cash. She has written or co-produced for several artists including Selena Gomez, Eminem, Pitbull, David Guetta, Bella Thorne, Havana Brown, G-Eazy, Iggy Azalea, and Nick Jonas.

Early Life: She was born Bleta Rexha was born in Brooklyn, New York on August 30, 1989. Her father, Flamur Rexha, was born in Debar and immigrated to the U.S. when he was 21. Her mother, Bukurije Rexha was born in America to an Albanian family. Bebe and her parents, along with her brother Florent, moved to Staten Island when she was six. Growing up, Rexha played trumpet and taught herself to play piano and guitar. She attended Tottenville High School on Staten Island where she joined the choir and took part in musical theater. Rexha, as a teen, submitted a song to be performed at the National Academy of Recording Arts & Sciences annual "Grammy Day" event." As a result, she beat out over 700 other entrants to win the Best Teen Songwriter award. She subsequently signed a contract with talent scout Samantha Cox, who encouraged her to enroll in songwriting classes in New York City.

Career: Rexha met Pete Wentz in 2010 and began working with him at a recording studio in New York City. She became a member and a lead vocalist of Wentz's new project Black Cards. They played several live shows and released various singles and remixes. She left the band in 2012 to pursue other endeavors. Later that year, she was awarded the Abe Olman Scholarship for her contributions as a songwriter to Black Cards.

In 2013, she signed with Warner Bros. Records as a solo artist. She had already begun writing several songs including Selena Gomzez's "Glowing." Her biggest songwriting project in 2013 was on Eminem and Rihanna's "The Monster," the fourth single from Eminem's album "The Marshall Mathers LP 2." The song topped the charts for the U.S. Billboard's Hot 100 and won a Grammy for Best Rap/Sung performance. Later that year, Rexha wrote and was featured on Cash Cash's single "Take Me Home." The song peaked within the top ten charts in the UK and in Australia. 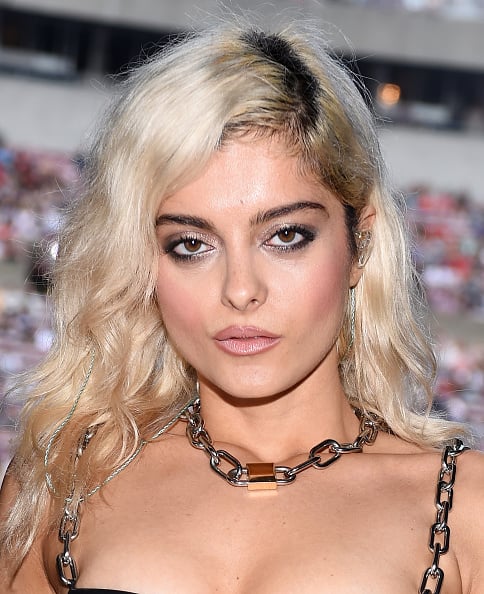 In January 2015, Rexha co-wrote and was featured on G-Eazy's "Me, Myself & I," which peaked at No. 7 on the Billboard Hot 100 and No. 1 on the U.S. Pop Songs chart. Rexha released her next single, "No Broken Hearts," featuring Nicki Minaj, in March 2016. The music video was released the following month and has accumulated nearly 300 million views on YouTube as of 2021. She later released "I Got You," which peaked at No. 43 on the U.S. Billboard Hot 100. Her next EP, "All Your Fault: Pt. 1," was released on February 17, 2017. It peaked at No. 51 on the Billboard 200. Rexha began her first solo headlining tour in March 2017 in Dallas, promoting her EP across North America and Europe.

A documentary called "Bebe Rexha: The Ride," which explored the moments that changed her life and journey to stardom aired on MTV, aired in May 2017. Later that summer, One Direction member Louis Tomlinson released the single "Back to You" with Rexha as a featured artist. It peaked at No. 40 on the Billboard Hot 100. Rexha released "The Way I Are (Dance with Somebody)" featuring Lil Wayne on May 19, 2017. Her second single "Meant to Be" from the EP "All Your Fault: Pt. 2" was released on October 24, 2017. The song spent 50 weeks at number one on the US Hot Country Songs chart.

In 2018, Rexha released several singles for her debut studio album, including "Ferrari, 2 Souls on Fire," "I'm a Mess," and "Say My Name" were all released during the fall of that year. She released her debut studio album "Expectations" in June 2018. In December 2018, Rexha was nominated for Best New Artist at the 61st Annual Grammy Awards. In February 2019, she released her single "Last Hurrah." In May 2019, Rexha released "Call You Mine," a collaboration with the Chainsmokers. Rexha confirmed her second studio album, "Better Mistakes," in July 2019, tweeting that she had a new song called "Mama." On the red carpet of the 62nd Grammy Awards, Rexha confirmed in an interview with Ryan Seacrest that her new album was inspired by her mental health journey. Rexha released "Baby, I'm Jealous," a single featuring Doja Cat, on October 9, 2020. Her new song "Sacrifice" was released on March 5, 2021, with the accompanying music video released later that day. On May 7, 2021, Rexha released her second studio album "Better Mistakes."

Personal Life:  An avid supporter of the LGBTQ+ community, Rexha has described her own sexuality as "fluid." It was confirmed in 2020 that she was dating filmmaker Kenyan Safyari. In April 2019, Rexha publicly revealed that she has bipolar disorder. 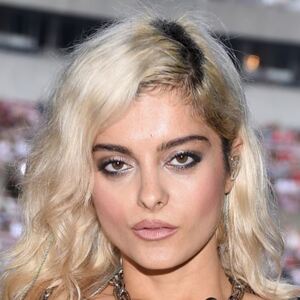