Bazzi net worth: Bazzi is an American singer and songwriter who has a net worth of $4 million. Bazzi was born in Dearborn, Michigan in August 1997. His styles include pop and R&B and he released his debut studio album Cosmic in 2018. The album reached #14 on the Billboard 200 chart and also reached #13 in Canada and #14 in Denmark. His single "Mine" reached #11 on the Billboard Hot 100 and in Australia. It also reached #3 in New Zealand, #4 in Sweden, and #5 in Denmark. He also had success with the single "Beautiful" (Remix) featuring Camila Cabello. Bazzi gained popularity when his song "Mine" became an internet meme with a Snapchat lens filter. His career started out when he posted cover songs on YouTube in 2012. Bazzi was nominated for Best New Artist at the 2018 MTV Video Music Awards. In 2018 he opened for Justin Timberlake on his Man of the Woods Tour. 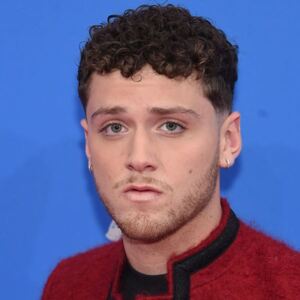