What is Barry Manilow's Net Worth?

Barry Manilow is an American singer and producer who has a net worth of $100 million. After a career that has spanned more than half a century, Manilow has established himself as one of the most important musical figures of recent memory. Although Barry recorded many of his own notable hits, he is also a notable songwriter who has composed a number of hits for other artists such as Bette Midler and Dionne Warwick.

To date, he has recorded 13 number-one hits, with a further 13 platinum albums. In addition, six of his albums have achieved multi-platinum status. A significant portion of Barry's net worth comes from recording jingles and songs for various TV commercials. He has worked with brands such as McDonald's, Pepsi-Cola, and Band-Aid. That being said, the vast majority of his wealth is a result of his record sales. As of 2020, he has sold over 75 million records worldwide, which makes him one of the most commercially successful artists in the world.

Barry Alan Pincus was born on June 17th of 1943 in Brooklyn, New York. Barry's family has both Jewish and Catholic heritage. Raised in the Brooklyn neighborhood of Williamsburg, Barry graduated from high school in 1961. He first pursued post-secondary education at the City College of New York before transferring to the New York College of Music. In order to pay his tuition, he took a part-time job at CBS. Manilow finished his education at the Juilliard School of Performing Arts, where he studied Musical Theater.

Barry's career began in 1964 when he met Bro Herrod, a CBS director. Although Herrod initially asked Manilow to put a few songs together for a musical, Barry composed an original score instead. His score was accepted, and the play ran for eight years. During these early years, Barry also earned money by writing jingles for various commercials. He also sang on many of these jingles. He would later state his time composing jingles helped him become a successful pop singer.

By the end of the 60s, Barry was given a record deal by Tony Orlando, the vice-president of Columbia/CBS Music. Although he initially failed to make much of an impact in the mainstream music industry, Manilow took a major step forward when he became Bette Midler's pianist, accompanying her on albums such as "The Divine Miss M" and "Bette Midler." This earned Barry a Grammy nomination in 1973. Also in 1973, he released a self-titled album before coming out with a breakthrough hit in 1975 entitled "Mandy." This was included on Manilow's second album, "Barry Manilow II."

After releasing "Mandy," Manilow continued with a range of hits throughout the years. These were included on multi-platinum albums such as "Tryin' to Get the Feeling," "This One's For You," "Even Now," and "One Voice." He also became a popular entertainment figure, starring in the 1985 television movie "Copacabana." 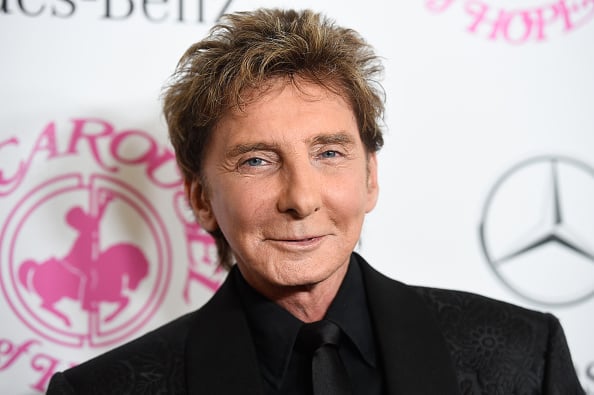 It is somewhat ironic that while Barry is an extremely talented songwriter, most of his biggest hits were written by other people. Manilow did not write "Mandy," "Tryin' to Get the Feeling Again," "Weekend In New England," "Ships," "Looks Like We Made It," "Can't Smile Without You," "Ready to Take a Chance Again," and the chart-topping hit, "I Write the Songs." Despite the title of that last song, Manilow did not write the song itself – that honor instead fell to Bruce Johnston of The Beach Boys.

Manilow has earned a staggering amount from live concerts, and in 1984 he performed a sold-out, 10-night run which grossed over $2 million at the box office. He also toured with various Broadway shows and musicals. He continued to release music and compose scores throughout the 90s, and in the 2000s he released a greatest hits album called "Ultimate Manilow," which was commercially successful. Outside of music, Manilow has appeared on a number of talk shows, such as "The Oprah Winfrey Show."

In 1994, Barry filed a lawsuit against a Los Angeles radio station, claiming that one of their advertisements was destroying his reputation. The ad boasted that their radio station was better than the others since it did not play music by Barry Manilow. Eventually, the radio station agreed to drop the ad.

In 1997, Manilow settled another legal matter by donating $5,000 to the American Tinnitus Association. Judge Philip Espinosa sued the singer because he claimed that one of his concerts was too loud. Espinosa claimed that the music had caused "constant ringing" in his ears.

In 2006, Barry Manilow indirectly helped fight crime in Australia. Officials learned that the best way to stop gangs from congregating on the streets was to blast Manilow's music as loud as possible from 9 PM till midnight every night during the weekends.

Barry Manilow has had relationships with both men and women in the past. His first love was his high school sweetheart, Susan Deixler, whom he married in 1964. Although Manilow has always stated that he genuinely loved Deixler, he left her after one year in order to focus fully on his musical career. Manilow would later become romantically involved with men, although he has stated that his attraction to Susan was genuine, and that he didn't end the marriage because of his homosexual feelings.

In 1978, Barry started dating a TV executive named Garry Kief. This relationship continued until 2014, when the pair were finally able to marry because of the legalization of same-sex marriage in California. He had previously kept his relationship with Kief secret, as he was worried that his sexual orientation would upset fans – especially his large female audience.

In 1994, it was reported that Barry Manilow had listed his Bel-Air residence for $2.71 million. The property was built 25 years prior and features 5,000 square feet of living space. The home sits on two acres of land, and also boasts a guest house, recording studio, and theater room. 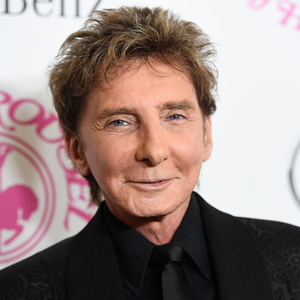