Barbra Streisand Net Worth: Barbra Streisand is an American singer, songwriter, actress and filmmaker from Brooklyn, New York who has a net worth of $400 million. Her career began in her teens when she sang at nightclubs, gradually working her way up to several guest appearances on The Tonight Show and PM East/PM West and a minor but significant role on Broadway. Following her breakout role in Funny Girl, Streisand became the globally-recognized star she is today. As a recording artist, Streisand is one of the most successful artists in history, with over ten top-10 albums and multiple Grammy Awards. When she tours, Barbra can easily be one (or even THE) highest-earning female musicians in the world with income of $60-80 million.

Early Life: Barbara Joan "Barbra" Streisand was born on April 24, 1942 in Brooklyn, New York, to a Jewish family. Her paternal grandparents had emigrated from Galicia (Poland-Ukraine), and maternal grandparents from the Russian Empire. From a young age, Streisand became familiar with struggle, as her family fell into near-poverty after her father passed away shorty after her first birthday. Despite having been a soprano in her youth, Streisand's mother chose a career as a school secretary over music, although she continued to sing as Streisand grew up. Together, they recorded some songs on tape when Streisand was 13 on a trip to the Catskills, a moment Streisand credits as her "first moment of inspiration". Streisand has an older brother, as well as a younger half-sister from her mother's remarriage in 1949.

Beginnings of Success: Streisand's mother was very critical of her daughter's dreams of pursuing a career in show business, which only served to push Streisand to try harder. Her original dream was to become an actress, but her success as a singer helped her realize that she could still achieve her acting dreams by gaining recognition as a singer first. With the help of her personal manager Martin Erlichmen, a gig at upscale Manhattan club the Blue Angel got her an audition for playwright and director Arthur Laurents and his new musical comedy. Streisand landed the part of secretary to the leading role, a businessman played by Elliott Gould, in the musical I Can Get It For You Wholesale. The play received rave reviews, as did Streisand's performance, for which she earned a Tony nomination and New York Drama Critic's Best Supporting Actress prize.

Breakthrough: From 1961 to 1963, Streisand enjoyed more and more castings on television, including on The Tonight Show, The Garry Moore Show, and The Ed Sullivan Show. Her first album, The Barbra Streisand Album was released in early 1963, winning her three Grammy Awards and making the Billboard top 10. This was followed closely by The Second Barbra Streisand Album released that summer. It was also in 1963 that Streisand and Gould married.

In 1964, Streisand starred as Fanny Brice in Funny Girl on Broadway, where two of the numbers, "People" and "Don't Rain on My Parade", became established as her signature songs. The play's success brought Streisand international fame, and she appeared on the cover of Time magazine. 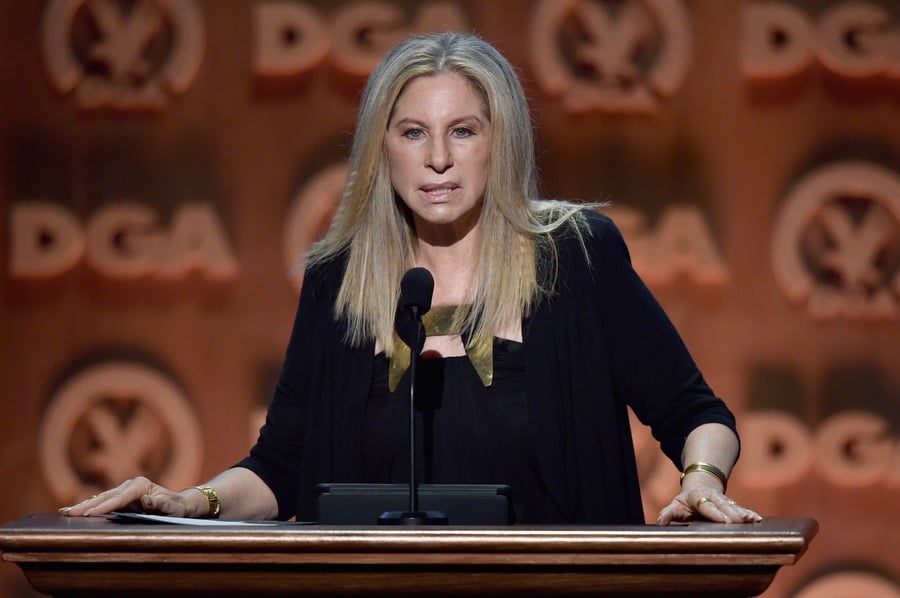 Film: Becoming an actress had long been Streisand's dream, and her first film was a 1968 reprise of Funny Girl, the Broadway hit that had first propelled her into stardom. For her role in this film, she won the 1968 Academy Award for Best Actress, sharing it with Katharine Hepburn in a rare tie for the award. Her next two movies were also musical adaptions, Holly, Dolly! (1969) and On a Clear Day You Can See Forever (1970), and her fourth film was based on Broadway play The Owl and the Pussycat (1970).

With her fellow actors Paul Newman, Sidney Poitier and Steve McQueen, in 1969 Streisand formed the First Artists Production Company so actors could develop their own movie projects. As of 2012, Streisand has only appeared in 19 films, but she has also tried her hand at other aspects of film production. She was producer, director, and star of the 1983 film Yentl, and scripted the film as well. Despite the limited number of films she appeared in, from 1969 to 1980 Streisand appeared a total of ten times in the Top Ten Money Making Stars Poll.

Music Career: As of January 2020, Streisand's discography consists of 36 studio albums, 9 compilation albums, 7 live albums, 15 soundtracks, and 117 singles. With her impressive list of works, she is one of the best-selling female musical artists of all time, with 52 gold and 32 platinum albums. Her immense talent is reflected in her eight Grammy Awards, as well as being the recipient of both the Grammy's Lifetime Achievement Award and Legend Award. One of Streisand's best-selling albums was a collaboration with Barry Gibb of the Bee Gees, Guilty (1980), which sold around 15 million copies globally. As of September 2016, Streisand was number 10 in the Recording Industry Association of America's list of Top Selling Artists after famous names such as The Beatles, Elvis Presley, and Michael Jackson. She is the only woman in the top 10 on the list.

In addition to her success in the recording studio, Streisand has set box-office records for her tours. Of note is her 2006 American Streisand: The Tour, which consisted of 20 shows, and grossed $92,457,062. 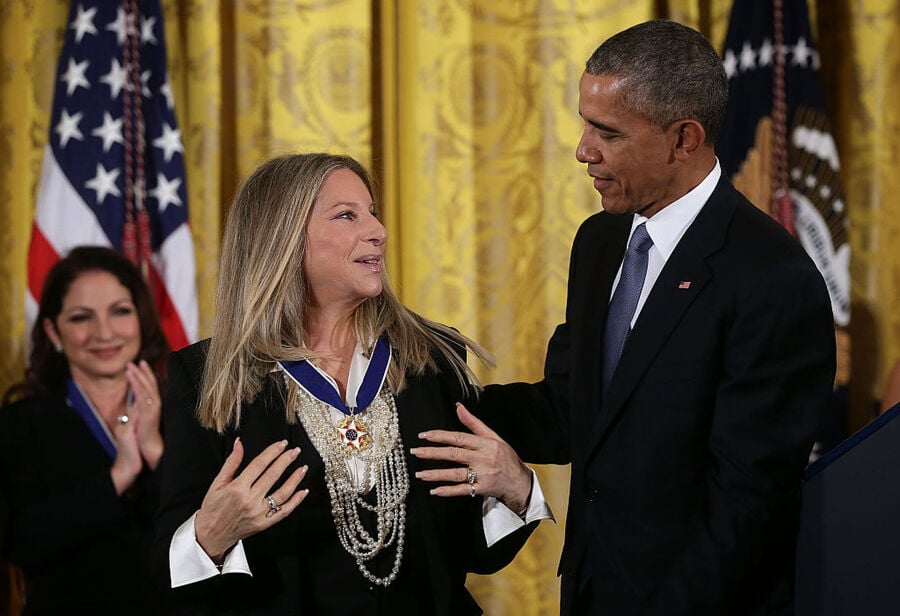 Personal Life and Philanthropy: Streisand's first husband was actor Elliott Gould, to whom she was married from 1963 until 1971. The couple have one son together, Jason Gould. Her second husband is actor James Brolin, whom she married on July 1, 1998. The couple have no children together, although Brolin has two children from previous marriages.

Streisand is an active philanthropist. In 1986 she established The Streisand Foundation, which has contributed over $16 million in grants to various causes including voter education, women's issues, and the environment. Other notable contributions include a $5 million endowment to the Barbra Streisand Women's Cardiovascular Research and Education Program at Cedars-Sinai Medical Center in 2009.

Real Estate: Barbra Streisand owns at least $100 million worth of real estate in Southern California. Her homes could be worth as much as $200 million depending on the real estate market at a given moment. It's possible that her bluff top Malibu compound alone could be worth $100 million. Located in Malibu's Point Dume neighborhood, Barbra's compound consists of three parcels that she acquired over several transactions starting in the 1990s. The main house is 10,500 square feet and has 8 bedrooms. One house next door is 2,000 square feet, the other is 6,000 square feet. To salute the compound's Art Deco style, she bought a 1926 Rolls-Royce and 1933 Dodge to display in the garage.

The compound has a total of 47,000 square feet of property, with 5 structures including a barn. She previously owned a penthouse in Manhattan and a large mansion in Beverly Hills.

Art Collection: Barbra's also owns a valuable art collection whose total value is not known. As a proxy to the collection's potential worth, in 2015 Barbra donated a 1900 piece by artist John Singer Sargent to the LA County Museum of Art that has since been valued at $20 million based on comparable sales of Sargent's works. Streisand began collecting furniture in 1992 after visiting the White House and being drawn to its works dating to the 18th and 19th century. 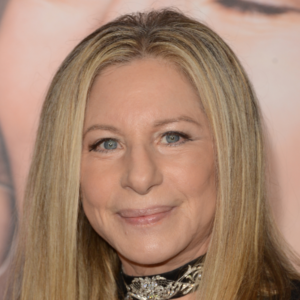