What Is Barbara Mandrell's Net Worth?

Barbara Mandrell was born Barbara Ann Mandrell on December 25, 1948, in Houston, Texas. She is the daughter of Irby (a police officer) and Mary Ellen (a music teacher), and she has two younger sisters. Barbara grew up in Corpus Christi, Texas, and Oceanside, California, and she began singing publicly as a child. During her youth, Mandrell also learned to play several instruments, including the accordion. After the family moved to Oceanside when Barbara was 6 years old, Irby opened a music store. As an elementary school student, Mandrell played the saxophone in the school band and took steel guitar lessons from Norman Hamlet, a friend of her father's. After Barbara had been playing steel guitar for a few years, her father took her to Chicago to perform at a music trade show. Country music guitarist Joe Maphis was impressed with Mandrell's performance and helped launch her music career.

When Barbara was 14 years old, she played steel guitar in the Mandrell Family Band, which included her father on vocals and her mother on piano. The band played at U.S. military bases, and Barbara learned how to play bass guitar and banjo during her time in the group. She was voted Miss Oceanside California in 1965, and she graduated from high school two years later.

Mandrell's father eventually became her manager, and after performing at a show in Nashville, six record companies wanted to sign her. She signed with Columbia Records in 1969, and later that year, her first single, a cover of Otis Redding's "I've Been Loving You Too Long (To Stop Now)," reached #55 on the "Billboard" Hot Country Singles chart. Barbara released her debut album, "Treat Him Right," on October 4, 1971, and it reached #44 on the "Billboard" Top Country Albums chart. Her follow-up, 1973's "The Midnight Oil," reached #8 and included her first top 10 single, "Tonight My Baby's Coming Home." By the end of the decade, she had released seven more albums (two of them cracking the top 10) as well as the #1 singles "Sleeping Single in a Double Bed," "(If Loving You Is Wrong) I Don't Want to Be Right," and "Years." 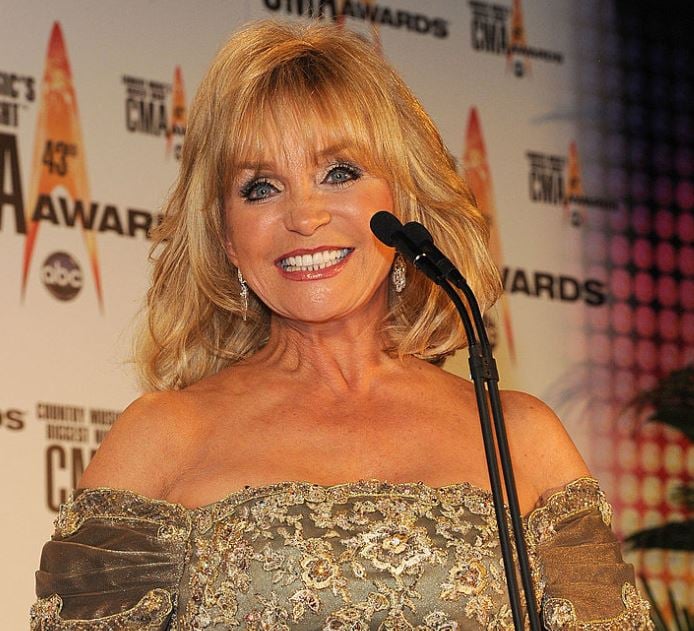 On May 28, 1967, Barbara married Ken Dudney, a former Navy pilot and musician who played drums for the Mandrell Family Band. The couple began dating when Barbara was 14 and Ken was 21, and Dudney broke off an engagement to be with her. Barbara and Ken have three children, sons Matthew (born 1970) and Nathaniel (born 1985) and daughter Jaime (born 1976). In 1984, Barbara, Matthew, and Jaime were involved a car accident in Nashville, Tennessee, when 19-year-old Mark White crossed the center line of the road and hit Mandrell's Jaguar XJ. White died in the accident, and Matthew and Jaime had minor injuries. Barbara suffered a shattered ankle, broken femur, and injured knee as well as a concussion that caused her to have temporary brain damage. Mandrell was in pain for months after the accident, and her head injury caused memory loss and a temporary change in her personality. Barbara has said that it took three years to fully recover from her head injury. Mandrell credited seat belts with helping her family survive the accident, and she made commercials encouraging people to wear them. In 1985, she was named honorary chairman of the National Highway Traffic Safety Administration, and the following year, she sued White's family for more than $10 million in damages because it was the only way to collect from the insurance company according to Tennessee's laws.

Barbara has been nominated for 11 Grammys, winning Best Inspirational Performance for "He Set My Life to Music" (1983) and Best Soul Gospel Performance by a Duo or Group for "I'm So Glad I'm Standing Here Today" (1984), which she recorded with Bobby Jones. She has won Academy of Country Music Awards for Most Promising Female Vocalist (1970), Top Female Vocalist (1978 and 1981), Entertainer of the Year (1980), the Cliffie Stone Pioneer Award (2000), and Triple Crown (2005), and she has earned nine People's Choice Awards (six for Favorite All-Around Female Entertainer, two for Favorite Female Musical Performer, and one for Favorite Female TV Performer). Barbara has received six American Music Awards for Favorite Country Female Artist and one for Favorite Country Song ("Sleeping Single in a Double Bed"), and she earned a Golden Globe nomination for Best Performance by an Actress in a Television Series – Comedy or Musical for "Barbara Mandrell and the Mandrell Sisters" in 1982.

Mandrell and her family used to live in a 27,000 square foot mansion in Nashville's Whites Creek neighborhood. After the family decided to move out of the 20-room home (which is known as Fontanel Mansion) in 2002, investors Marc Oswald and Dale Morris bought the property and turned it into a "gorgeous Tennessee retreat" that features an inn, a music venue, Fontanel Records, and Natchez Hill Winery. Barbara's daughter, Jaime, was the property's director of hospitality until 2017. The mansion was built for Barbara's family in 1988, and it is said to be the world's largest log cabin. 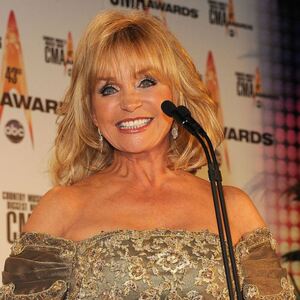