Barbara Hendricks Net Worth: Barbara Hendricks is an American operatic soprano and concert singer who has a net worth of $5 million. Barbara Hendricks was born in Stephens, Arkansas in November 1948. She graduated from the University of Nebraska-Lincoln and Juilliard School of Music in New York. She made her professional operatic debut in 1974.

She has performed at the Opera National de Paris, the Royal Opera House, Covent Garden, La Scala, and the Metropolitan Opera. She moved to Europe in 1977 and has lived in Switzerland and Basel. She appeared on film in La boheme and in 2007 she appeared in the film Disengagement. She made her jazz debut in 1994 at the Montreux Jazz Festival. She created the role of Angel in Peter Eotvos' opera Angels in America in 2004. In 2006 Hendricks created the label Arte Verum. As a humanitarian she was worked to help refugees and supported the United Nations High Commission for Refugees. In 1987 she became a UNHCR Goodwill Ambassador. She is also a member of the Council of the Foundation for the Refugee Education Trust. She started the Barbara Hendricks Foundation for Peace and Reconciliation in 1998. Barbara performed at the Novel Prize ceremony in 2001. She has been made a Commandeur of the Ordre des Arts et des Lettres, been awarded the rank of Chevalier of the Legion d'honneur, was awarded the Prince of Asturias Award for the Arts, and has received the Lions Club International Award. 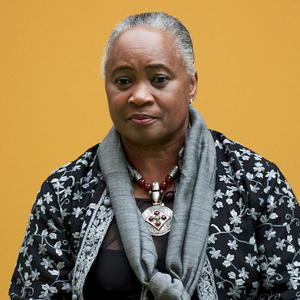