A.B. Quintanilla net worth: A.B. Quintanilla is an American record producer, musician, and songwriter who has a net worth of $5 million. He has been called the "King of Kumbia" and is the older brother of the late "Queen of Tejano music", Selena.

Abraham Isaac Quintanilla III was born in Toppenish, Washington on December 13, 1963. He is the oldest of three siblings.

In 1980 A.B. Quintanilla became a part of the group Los Dinos, along with sisters Selena and Suzette and their father Abraham, Sr. He played bass guitar for the group. A.B. would go on to write and producer several successful songs for Selena including "Amor Prohibido", "Como La Flor", and "No Me Queda Mas".

In 1999 A.B. released an album with a new group called Kumbia Kings. Kumbia Kings would go on to release a dozen albums.

In 2006 he released album with a new group called Kumbia All Starz.

He was portrayed by Jacob Vargas in the 1997 film "Selena".

A.B. has been married twice and has eight children. He lives in Las Vegas, Nevada. 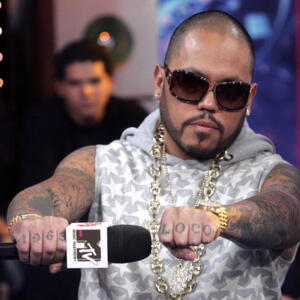